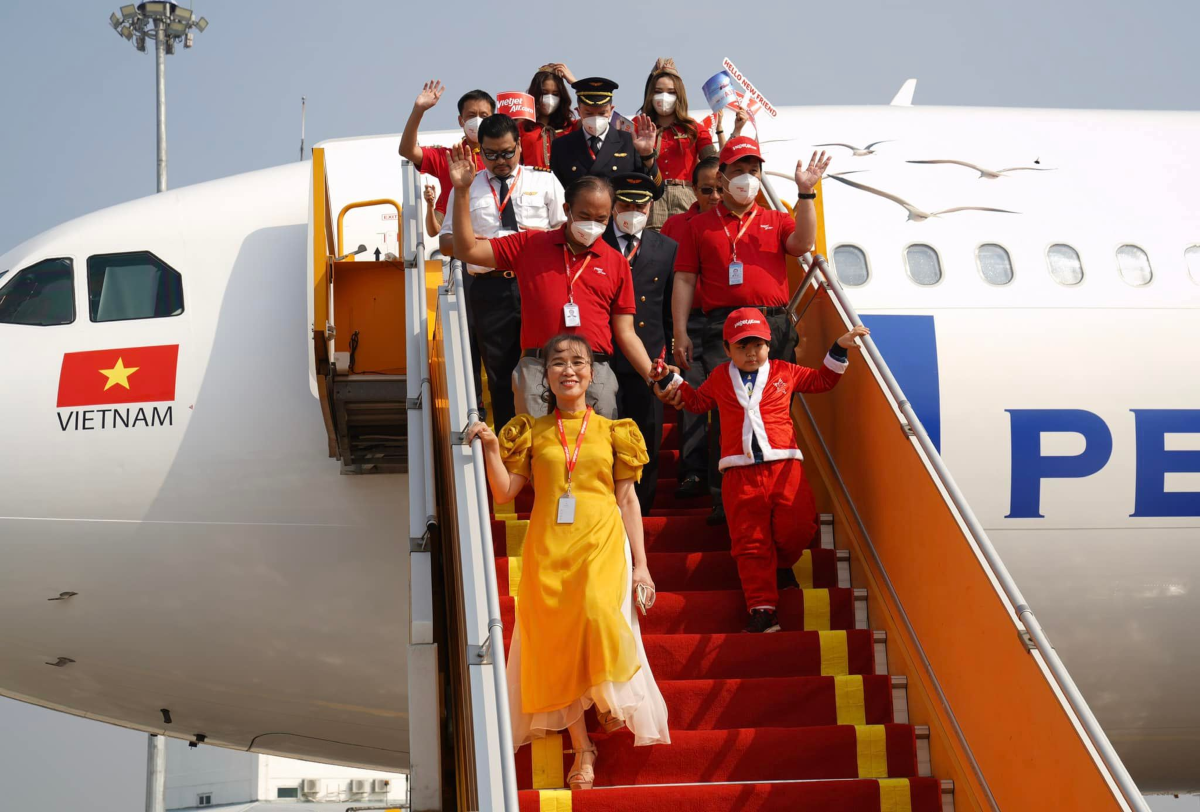 VietJet takes its first Airbus A330 at Christmas

A new lease of life for a former AirAsia X Airbus

The VN-A811 previously flew for AirAsia X (registered there as 9M-XXB). AirAsia X retired the aircraft from service in May 2021 and parked it at Kuala Lumpur International Airport. In October, the Airbus was once again in the hands of its owner, ICBC Leasing. Now the plane has found a new lease of life at VietJet. VN-A811 has just turned 13.

Vietjet plans to increase frequencies and add destinations as international travel begins to normalize. While the Airbus A330 is ultimately destined for other routes, it could well occur on these regional routes in the coming months as VietJet puts the plane down and familiarizes its crew. The arrival of the A330-300 will add new dimensions to passenger comfort, scope of operations and the reach of the airline’s network.

“We are delighted to mark our 10th anniversary today with the arrival of an A330 aircraft, which will help Vietjet significantly increase its operating capacity and international expansion,” says Vietjet General Manager Dinh Viet Phuong.

Which airline did Santa Claus fly this weekend ?! Congratulation to @vietjetvietnam on the occasion of your 10th anniversary. And what better way to mark it than with the arrival of your first # A330 the day of Christmas! pic.twitter.com/jIMqx3bmZA

VietJet’s A330s are bound for Russia

Two more A330s are expected to land at VietJet in early 2022. They will need them, VietJet plans to fly to Moscow from Hanoi, Ho Chi Minh and Nha Trang by mid-2022. Hanoi is expected to start on July 3 with two weekly flights. Ho Chi Minh will offer one-stop plane service via Hanoi, while Nha Trang will be bi-weekly from July 10.

“We have invested in a modern fleet and we will be expanding our network of intercontinental flights in the times to come. I believe that VietJet’s new services to Russia will once again demonstrate our commitment to providing top quality flight products and services ”, Dinh Viet Phuong said earlier this month.

Moscow is a smart choice for VietJet. Almost 650,000 Russians visited Vietnam in 2019. According to the Vietnamese Ministry of Culture, Sports and Tourism, Russia was then the sixth source market for Vietnam, behind China, South Korea, Japan and Taiwan. and the United States.

Equipped with Rolls-Royce Trent 700 engines, VietJet’s new Airbus has a range of 11,750 kilometers (7,301 miles) and can accommodate 378 passengers, including 12 in business class.

A step off the beaten track for VietJet

VietJet has remained loyal to these planes to this day to serve both its domestic network and its intra-Asian international network. But none of these types of planes can fly from Vietnam to Moscow in one jump.

Still, VietJet’s three A330s appear to be more of a banter than an indicator of the airline’s future direction. VietJet still has more than 100 aircraft on order from Airbus, all narrow-body. But Dinh Viet Phuong knows that if he is to tap into markets like Russia, he needs a sub-fleet of larger planes that can fly further while providing long-haul passengers with a level of comfort and convenience. greater convenience than narrow-body jets.

VietJet chief executive said he recovered the A330s as part of “VietJet’s continued commitment is to modernize our fleet and improve services so that our customers can take flights further and more comfortably with the most competitive ticket prices ever created. “