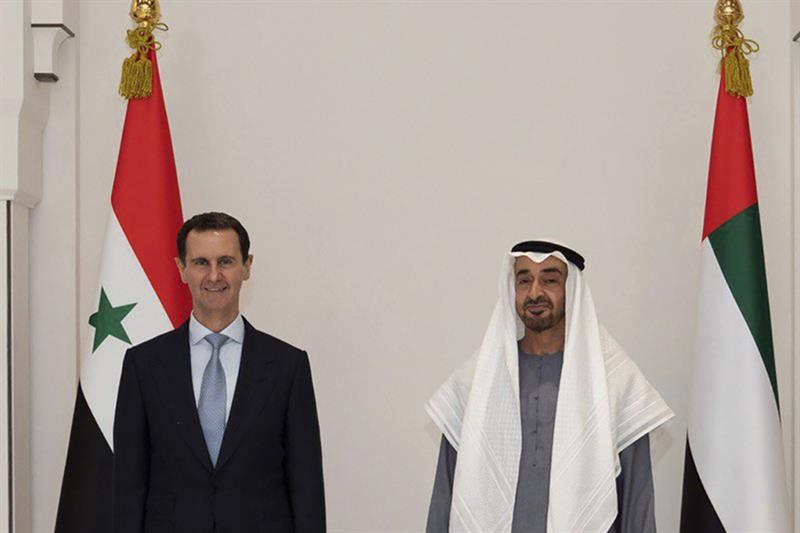 Syria: Back in the Arab bosom? – World – Al-Ahram Weekly

The Syrian side focused on the economy and investments, while the Emiratis focused on political and strategic issues. But whether in the Arab world or beyond, the statements do not plausibly justify the unexpected move that thwarts Gulf states’ opposition to normalizing relations with the Syrian regime. For a long time, the Arab boycott of the Syrian regime demanded the overthrow of the Al-Assad regime, but this was met with brutal state violence. Al-Assad only visited his allies, Russia and Iran.

The visit to the United Arab Emirates comes at a time when the global balance of power has shifted, moreover, and new political and military maps are emerging in the Middle East and Europe. Al-Assad’s allies in Moscow face international sanctions as they seek to bolster their Syrian military presence by land, sea and air. Russia was the main supporter of Al-Assad’s visit to the UAE. Russian Foreign Minister Sergei Lavrov said Moscow believed in reviving efforts to bring Syria back into the Arab League. Lavrov thanked the UAE for its recent demarches to Damascus, in particular a visit by the UAE foreign minister to Syria in October 2021.

The UK has been quick to criticize any country that wants to normalize relations with the Syrian regime leader. London condemned Al-Assad’s visit to the United Arab Emirates and urged all parties to respect Security Council Resolution 2254. She also called on the Syrian regime and its supporters to immediately cease all their serious violations of human rights and international humanitarian law.

Josep Borrell Fontelles, the EU’s high representative for foreign affairs and security policy, said that in a meeting with UN special envoy for Syria Geir Pedersen, foreign ministers from the “reiterated EU position: no normalization with Al-Assad regime; no reconstruction; and no sanctions relief until a political solution is found in accordance with Security Council resolution 2254.

The US State Department has also condemned Al-Assad’s visit to the Gulf, saying it legitimizes the regime. State Department spokesman Ned Price said Washington was “deeply disappointed and troubled by this apparent attempt to legitimize Bashar al-Assad. He remains responsible for the death and suffering of countless Syrians, the displacement over half of Syria’s pre-war population and the arbitrary detention and disappearance of over 150,000 Syrian men, women and children.

And yet, the UAE seems to have started a path that will take it away from the United States and closer to Russia. This could upset the balance of power both in the Gulf and in the Middle East as a whole.

Meanwhile, the Syrian opposition, represented by the Syrian National Coalition (SNC), described the reception of Al-Assad by the United Arab Emirates as “a serious precedent which violates the decisions of the Arab League and international sanctions. , and reward [Assad] for his crimes. It also ignores the blood of a million Syrian martyrs. The CNS urged the UAE to reconsider its position and maintain the overall Arab and international position of isolating the regime, not normalizing relations or saving it.

When the Syrian crisis began in 2011, the Arab League suspended Syria’s membership and most countries cut ties with Damascus, including the United Arab Emirates. Since last year, however, there have been reports of a normalization of relations between Damascus and Arab countries. Some thought it had to do with Russia trying to bring the Al-Assad regime back into the Arab fold. Russian President Vladimir Putin and Lavrov made several trips to Arab countries during this period and discussed the need for Syria to return to the Arab milieu.

But the real reasons for Al-Assad’s recent trip remain a mystery. Some claim that the UAE is pursuing this path to lure the Syrian regime away from the clutches of Iran. But this is unlikely since the major powers have not been able to achieve this, even the United States, Europe and, more recently, Russia.

Some Syrian and Arab analysts believe that Al-Assad traveled to the United Arab Emirates to request immediate food aid in the form of wheat, rice, cooking oil and sugar, as stocks in Syria will not last yet. only three months, after which millions of Syrians will suffer a severe food crisis.

A member of the opposition negotiating committee told Al-Ahram Weekly: “It is unlikely that a message from Israel via an Emirati intermediary will have to be transmitted, because there are direct contacts between the Syrian regime and Israel. . In any case, Russia is a more reliable mediator than any other.

“It is more likely to be economics and investments because the Syrian regime fears that the United States and Europe will freeze or confiscate the assets of key Syrian regime figures around the world, such as the United States, especially since Washington said this month, will be that of the Syrian regime’s responsibility for its wealth and sources of funding.The regime may be considering transferring funds in the United Arab Emirates, which could be a safe haven where the funds will not be seized or confiscated.

Moheeb Salha, a writer, said, “Relations between the United States and the Gulf generally cool when Democrats are in the White House and improve when Republicans are in power. The UAE has not responded to requests from the Biden administration for punitive measures against Moscow, as the UAE maintains economic, military and security relations with Moscow. It is also an opportunity for the United Arab Emirates to pit the two camps against each other to serve their own oil and geostrategic interests.

Opposition writer Nabil Al-Alie told the Weekly: “What the UAE has done is worrying, strategically. The warming of relations with Damascus is a diplomatic victory for Moscow and comes at a time when Al-Assad has expressed support for Russia’s war against Ukraine. It is also a decision that alienates and challenges the United States and Europe, which gives the impression that the United Arab Emirates wants to become a key player and decision-maker in the Middle East. The only setback is that the United Arab Emirates relies on a dictator [Assad] who destroyed his country, to achieve this goal or send this message.

The United States may be angry with the United Arab Emirates for receiving Al-Assad, and Russia may be relieved by this decision. Iran, meanwhile, will be cautious and wary, and the Syrian opposition is discouraged and disappointed. It is difficult to decide whether the visit benefited Al-Assad; it was not an official visit and did not have the appearance of a visit by a head of state. There were no ceremonies, receptions, formal dinners or prior announcements. It is certain however that a new picture of the Middle East is taking shape and will be finalized later.

*A version of this article appeared in the March 24, 2022 edition of Al-Ahram Weekly