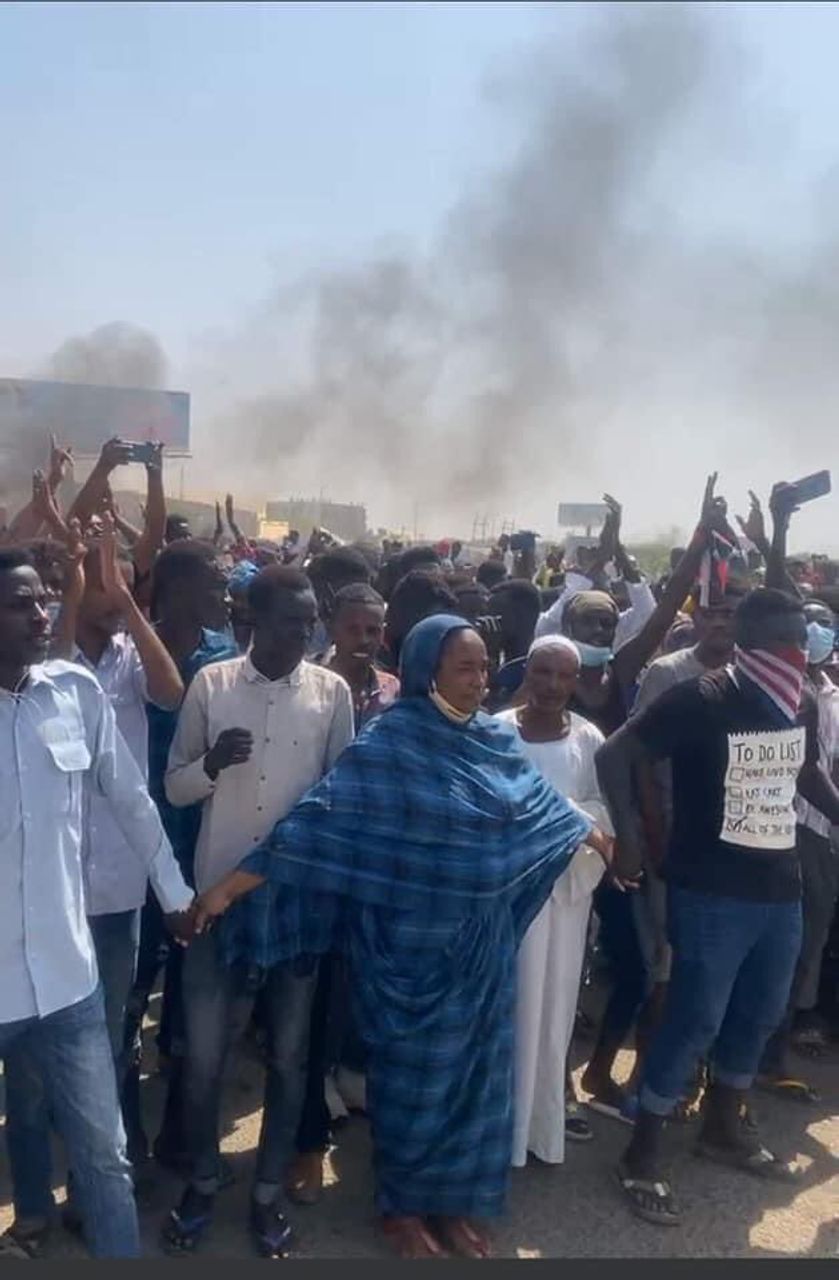 Sudanese Prime Minister Abdulla Hamdok resigned on January 2 amid a political stalemate with military and national protests that have continued since the military coup last October. His resignation came as security forces killed three people in the latest round of mass rallies, bringing the total death toll to at least 60.

Thousands of workers and young people took to the streets of Khartoum, the Sudanese capital, and its sister city Omdurman, against Hamdok and the junta, demanding an end to military rule, including the fraud of the transitional civil-military regime .

The political crisis comes as the economy faces collapse under the impact of the pandemic, with rising unemployment, 360 percent inflation and skyrocketing food prices. It follows decades of criminal looting by the ruling elite, international sanctions and the secession of South Sudan, the main oil-producing region, in 2011. In West Darfur state, dozens of people have been killed. been killed and their villages set on fire in conflicts between pastoralists and farmers that have seen 83,000 people displaced, and thousands more in Kordafan state since October.

The UN Office for the Coordination of Humanitarian Affairs (OCHA) has estimated that more than 14 million people, one in three Sudanese, will need humanitarian assistance in 2022, compared to 7.9 million assisted by the Food Program. World Cup in 2021..

The military shut down telecommunications networks and deployed security forces to quell protests with tear gas and live and rubber bullets. They blocked the bridges leading to the city to prevent people from joining the Khartoum gatherings from other parts of the country.

The protests are a continuation of the mass protests that erupted in late 2018 and precipitated the pre-emptive military coup of April 2019, led by al-Burhan with the support of the United Arab Emirates (UAE) and the ‘Saudi Arabia. The army overthrew President Omar al-Bashir and his Muslim Brotherhood-affiliated military dictatorship, which had ruled since 1989, to prevent the overthrow of the entire state apparatus.

Al-Burhan then opened negotiations with the leaders of the protests, the Forces for Freedom and Change (FFC), a coordination group of 22 bourgeois and petty-bourgeois opposition groups, including the unions and the Sudanese Communist Party. . Weeks later, soldiers and paramilitaries massacred more than 1,000 unarmed protesters, chasing them through Khartoum, tying concrete blocks to their feet and throwing them into the Nile.

Despite this, in August 2019, the FFC signed a treacherous deal with the military, agreeing to serve under Hamdok, a British-trained economist and former member of the Sudanese Communist Party, in a transitional “technocratic” government made up of ” leftists â€. which served as a front for the Sovereign Council headed by al-Burhan.

Hamdok then implemented a series of political and free market reforms, including the abolition of fuel subsidies, the privatization of hundreds of Sudanese state-owned enterprises, and the crackdown on corruption and the plunder of government revenues. State by companies linked to al-Bashir and the army. . These measures, demanded by the US-dominated World Bank and the International Monetary Fund (IMF) in return for $ 60 billion in foreign debt relief, threatened the military’s substantial commercial, political and diplomatic interests. .

Hamdok also acceded to Washington’s demand that Sudan join its Gulf allies and Israel in an anti-Iran bloc and handed al-Bashir, now in prison, to the International Criminal Court for war crimes in Darfur, where 300 000 people were killed and millions displaced in the fighting between 2003 and 2008, to remove Sudan from the list of US states sponsoring terrorism.

After a failed coup in September, al-Burhan dissolved the Sovereign Council and sacked Hamdok’s â€œtechnocraticâ€ government. He arrested Hamdok and several members of his cabinet, then released them under house arrest and declared a state of emergency. He sacked the chief justice who presided over crucial reforms of the justice system and released key figures in and around the National Congress Party of former dictator al-Bashir.

Al-Burhan justified the coup as a way to avoid “civil war”, claiming that the military would establish a new government and promise elections in July 2023. He proceeded to release his allies imprisoned for corruption and related accusations; stacking state and federal institutions, media and state-owned enterprises and the Central Bank with generals, Islamists and other reliable allies of the al-Bashir regime; dismantle the civilian committees that had seized the assets of al-Bashir and his acolytes; and restore the powers of arrest and detention of the intelligence services. His forces cracked down on protesters, killing at least 40 unarmed civilians, injuring and arresting hundreds more, while raping or gang-raping at least 13 women, according to the UN.

Al-Burhan’s calculations that the government’s economic reforms would turn workers and rural workers against Hamdok and that signing Abraham’s accords with Israel would be enough to end Sudan’s three decades as a pariah state were displaced. His efforts to use his close ties with Russia, which is trying to establish a base in Port Sudan, on the Red Sea, and the millions of refugees and displaced people in Sudan as a bargaining chip against European powers, have also failed. .

Four weeks later, after Washington and the World Bank froze aid funds and the debt relief process, al-Burhan – unable to find credible civilians to face an army-backed government – agreed to reinstate Hamdok at the head of a transitional government until the elections in 2023.

The deal was negotiated jointly by US imperialism and its regional allies, as well as lawyers and leaders from the Republican Party, the National Ummah Party, the United Unionist Party and former leaders of the Sudanese Communist Party. , sidelining the movement of the Forces for Freedom and Change. The FFC, the Association of Sudanese Professionals and the Khartoum Resistance Committees have called the deal a traitor.

Weeks after Hamdok’s reinstatement, the military reneged on its commitments to release all detained activists and revoke the arrest and detention powers of the hated General Intelligence Service, the authority to seize funds and other assets, and to prohibit or control the movement of people. He reappointed the ambassadors dismissed from their posts following the coup d’Ã©tat of 25 October. Al-Burhan said those who “insulted the army would be prosecuted and jailed.”

This, and the military’s continued crackdown on protests, left Hamdok unable to concoct a cabinet that met with military approval.

Announcing his resignation on television, Hamdok said the country was now “at a dangerous turning point which threatens its very survival”.

In addition to mass protests, Sudan faces rebel movements in Darfur, South Kordofan and Blue Nile who could now abandon their October 2020 agreement with the civilian-fronted military government, while neighboring Ethiopia deep into civil war and violent conflicts continue in South Sudan. , Somalia and the neighboring Sahel.

Sudan’s key position in the Horn of Africa, bordering the Red Sea, through which 12% of world trade by volume, including much of the Middle East’s energy exports to Europe, transits, has made it a hub competing economic interests. China now rivals Western countries in its loans and technical assistance to the region, while Gulf countries have purchased some of the country’s most fertile land which is now cultivated by large corporations for export. Displaced Sudanese peasants have migrated to cities.

In the absence of an independent socialist political leadership, the mass protests face the prospect of brutal repression by the military and betrayal by various imperialist-backed â€œprogressiveâ€ middle-class forces. American.

The United States, the former British colonial power and major European powers called on the military to negotiate with civilian groups, saying they would not support a military government. Reuters quoted a European diplomat as saying: â€œThe military cares a lot because it knows the country will not continue without economic support. If Sudan implodes, it has serious ramifications in many geostrategic issues, â€a reference to neighboring Ethiopia, Libya and the Sahel.