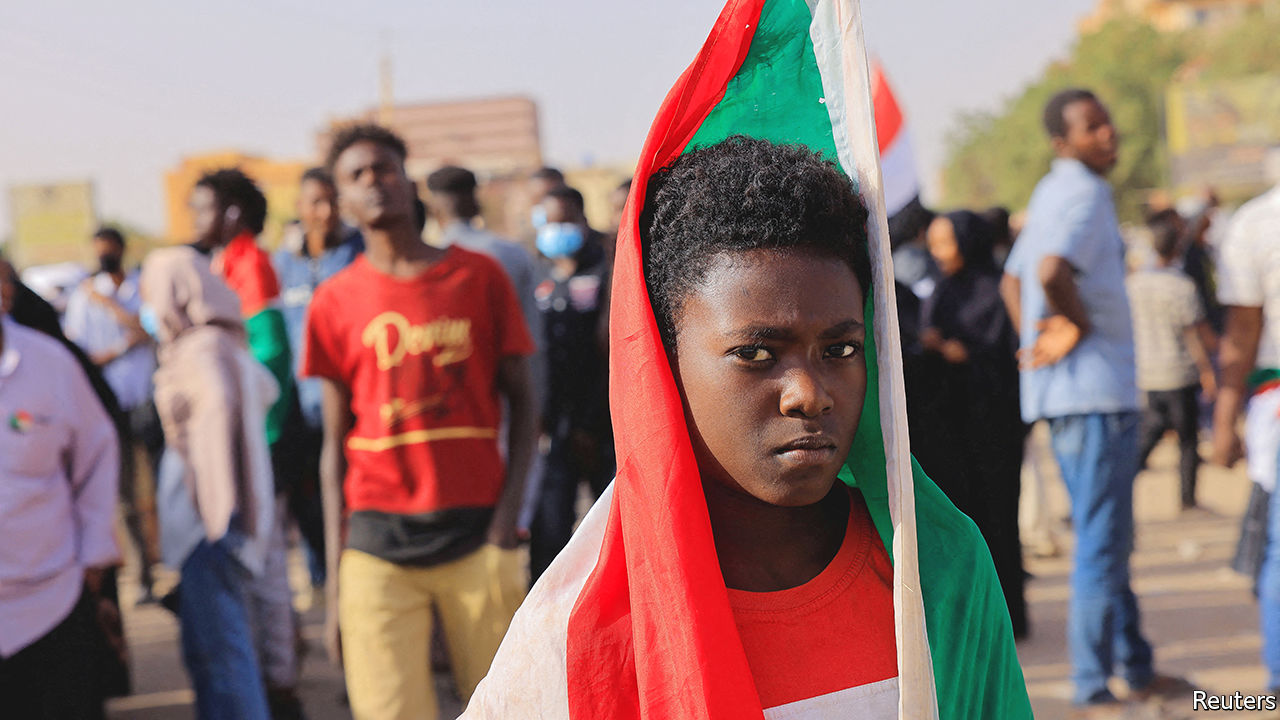 Sudan faces collapse three years after the fall of its dictator

BRECOVER QUICKLY at sunset during Ramadan, which began on April 2, will not be the usual joyful family occasion for many Sudanese this year. The communal iftar will be marred by shortages and soaring prices of wheat and other commodities. Some expect this year’s Ramadan to explode into a confrontation between a frustrated and impoverished people and the country’s brutal military regime.

Few Sudanese remember a time when their country was in such a bleak state. The currency is in freefall, having plunged more than a quarter since October. Inflation is officially 260%, but probably even higher. Some 9 million people (out of a population of about 44 million) face “acute hunger”, according to the UNof the World Food Programme, and that number could double by September. Khartoum, the capital, is rocked by daily anti-regime protests and the often violent response of security forces, which have killed around 90 people in the past five months (see chart).

Blame the mess on a military coup led by General Abdel Fattah al-Burhan in October that reversed Sudan’s fragile transition to democracy. It began three years ago after protesters took to the streets to oust Omar al-Bashir, a ruthless Islamist despot who had ruled the country for 30 years. As he was on the verge of fall in April 2019, the military seized power, hoping to keep its grip on politics and the economy. But protests and international pressure prompted the generals to strike a pact with protest leaders, in which they promised to hand control back to civilians by 2021 ahead of elections due to be held this year.

Western donors and multilateral banks have pledged tens of billions of dollars in aid and debt relief to support democratic transition. But the second October coup prevented much of that aid from reaching Sudan, or delayed it. America, the World Bank and the IMF stopped the flow of at least $1.4 billion in aid and assistance. The junta, strapped for funds, cut its once generous subsidies for wheat and fuel. But it does so without the Western aid-funded safety nets that were meant to cushion the blow to the country’s poor. They are furious; further protests are likely.

All these misfortunes were aggravated by Vladimir Putin’s war. More than 80% of Sudan’s wheat imports come from Russia and Ukraine, and the conflict has already cut off supplies. Last month, the local price of wheat exceeded $550 per ton, an increase of 180% compared to a year ago.

The generals who run the country, meanwhile, desperately need money to run the government. To fill the holes in the budget, they raise corporate taxes. It sounds like wishful thinking, since few companies pay a lot of taxes, says Khartoum analyst Kholood Khair; many are struggling to survive. Most notably and more opaquely, the generals went to beg for funds from countries that supported the old regime. They can peddle Sudan’s few remaining assets in exchange.

General Burhan recently visited the United Arab Emirates (United Arab Emirates) to obtain pledges of support for Sudanese banks and currency, as well as investment in unspecified “development projects”. One of them may involve DP world, the United Arab Emiratesthe Port Sudan port operator, which has been eyeing Sudan’s main container terminal for years at Port Sudan on the Red Sea. But port workers fiercely oppose privatization, fearing it will lead to job losses. A previous attempt to bring in a Philippine port operator failed after workers went on strike and paralyzed the port, which handles 90% of Sudan’s international trade.

The generals are also getting closer to Russia. He has long coveted a naval base in the Red Sea and is also an avid buyer of Sudanese gold. Both topics were probably on the agenda when the deputy head of the Sudanese junta, Muhammad Hamdan Dagalo (better known as Hemedti), visited Russia on the eve of his invasion of Ukraine. Mr. Dagalo leads the Rapid Support Forces (RSF), a vicious paramilitary group that controls many of Sudan’s illicit gold mines. He is believed to be the regime’s link to the Wagner Group, a group of Russian mercenaries whom Western diplomats accuse of being involved in illicit gold mining. The Sudanese government denies it.

The timing of Mr. Dagalo’s visit to Moscow cannot be a coincidence. Russia needs more gold from Sudan to support its economy against Western sanctions. Gold accounts for around 40% of Sudan’s exports and is believed to have been smuggled out of the country via the United Arab Emirates then to Russia. This may help explain why both the United Arab Emirates and Sudan abstained on UN vote condemning Russia’s invasion of Ukraine. On his return from Moscow, Mr Dagalo said he had “no problem” with Russia opening a naval base in Sudan and that the country presented a “great opportunity for Russian investment”.

Yet such desperate deals cannot buy regime stability. Mr. Dagalo’s deepening ties with Russia are heightening tensions between him and General Burhan. And they are fueling the anger of protesters, who believe Russia backed last year’s coup.

Generals must worry not only about protests in the capital, but also about rising violence in the western region of Darfur, where government forces and the Janjawid, a militia now part of the RSF, committed genocide in 2003. This week, an alleged Janjawid leader appeared before the International Criminal Court in The Hague to face charges of war crimes and crimes against humanity, the court’s first case related to the conflict in Darfur. Yet the prospect of justice does not bring peace. Last month, at least 48 people were killed in clashes in the region.

When the Sudanese rose up three years ago to overthrow their genocidal dictator, they hoped to build democracy and prosperity. Instead, after two coups, they face a political crisis, a declining economy and rising violence. These threaten “the very existence” of Sudan, said Volker Perthes, the UNspecial representative in the Horn of Africa. “Unless the current trajectory is corrected,” he told the UN Security Council last month, “the country will be heading for economic and security collapse, and significant humanitarian suffering.” ■