Saudi Arabia should not be blamed for rising US energy costs, says Prince Turki Al-Faisal

LONDON: Sami Khoreibi is a seasoned entrepreneur and investor in sustainable technologies. Recognized by MIT Technology Review as one of the “Top 5 (Arab) Innovators Under 35”, Khoreibi is the Founder and CEO of Incubayt Investments, a Dubai-based fund that supports entrepreneurs through access to capital , management and marketing information.

A native of Toronto, Khoreibi entered the business world right after graduating as a co-founder of Candax Energy, an international upstream oil and gas company funded by Canadian capital markets, which he took public. in 2007.

“I noticed the trend in the cost of solar power,” he told Arab News. “It was still expensive, but the cost per kilowatt was falling rapidly and seemed set to become competitive in the medium term.

“So in 2007, we co-founded Enviromena Power Systems, one of the first solar energy companies in the region and based in Abu Dhabi. There was no venture capital ecosystem in the Gulf at that time. We have raised funds from cleantech funds Zouk Capital in the UK and Good Energies in the US. Enviromena has built and operated a solar power plant in Masdar City – the first in the Middle East – and has built similar plants in seven countries in the region. “It was an interesting and exciting time because we were educating the private sector, governments, utilities and the general population about the potential of renewable energy,” Khoreibi said.

After making over $700 million in sales, Enviromena was acquired by a UK-based pension fund in 2017. The value of this deal was not disclosed but, according to Khoreibi, “it was a substantial output for all involved”.

“We have made 13 investments,” he said, “all seed investments, from inception to Series A funding. We invest where we can add value. With 16 years in the Gulf sustainability sector, we can navigate the landscape to bring a fresh idea to the region. And as our businesses mature, we can leverage the ecosystem we’ve developed to help them transition to the next phases of capitalization.

Khoreibi had a brilliant idea during the COVID-19 lockdown in 2020. “I was thinking about how to impact the consumer side of sustainability. Something that jumped off the page was water. The way we deliver water today is pretty much broken.

We fill a bottle with hydrocarbons and ship it halfway around the world for people to drink 500 milliliter units. It makes no sense, either from a sustainability perspective or from an economic perspective.

“Existing water filtration systems work well but require installation and maintenance. We partnered with a design firm in Toronto and a sub-contractor in Shenzhen to develop an installation-free filtration system using reverse osmosis and remineralization. We are launching in the US in the coming months and then hopefully in the UAE in Q4 2022. Incubayt has grown this project from inception to the point where we can attract third-party funding. Meanwhile, Incubayt has invested in another fund called Hatch & Boost, still in Dubai, “which seeks to reduce risk at the start of a business”. Incubayt is a minority shareholder and Khoreibi is the non-executive chairman.

One of the Hatch & Boost beneficiaries is a smart farming company, World of Farming, which grows animal fodder “vertically” and without soil. “It’s non-imported, healthier, more sustainable and lower cost fodder,” Khoreibi said. For Khoreibi, investment is about positive environmental impact instead of focusing on specific industries.

“We are independent of the sector,” he said, “as long as we disrupt the sector with sustainability. We also look at waste management, particularly around compost. “It’s just about delivering a better product at a lower cost and real value in terms of durability.”

Khoreibi points out that for Saudi Arabia to reach net zero by 2060 and the United Arab Emirates by 2050, there will be significant investment in clean infrastructure.

“We think there’s an opportunity at the start of this cycle,” he said, “by investing in early technologies and early business models and being at the root of these net zero initiatives.

“Enviromena was originally created by venture capital and within a decade was bought out by retirement capital, which shows how quickly the cycle is changing.

“And for many different sectors focused on sustainability, we could see a similar path. Today, the goals are clearer, governments are aligned and the number of entrepreneurs with fantastic ideas in the region is spectacular. »

According to Khoreibi, what is driving this revival of innovation and creative entrepreneurship in Saudi Arabia and the Middle East and North Africa region?

“Two things are driving this rapid change,” he noted. “First of all, we got positive results. Historically, it took courage to say, “I’m going to try to start a business, raise capital, and then exit successfully.” But now we’ve seen some really good funding rounds and exits in the region, for example, Uber’s acquisition of Careem – proving that if you’ve got a good idea and the inclination to get into it, there can be have a positive result. “Secondly, capital markets reflect this. When we launched Enviromena in 2007, it was nearly impossible to raise venture capital outside the region. It just didn’t exist. Now that the ecosystem is there; it is well funded and ready for deployment.

“And if you marry that with a younger generation of people who have seen the positive results and believe, ‘If we try, we can do it’ – that creates an exciting and still very nascent ecosystem.”

Khoreibi says what makes Incubayt unique and different is that he and his colleagues “love getting their hands dirty with entrepreneurs.”

“We come in early and the entrepreneurs live in our offices.” “But not because we say, ‘you have to get things done.’ It’s more like, ‘how can we help?’

“Plus, I was a founder and I understand the pain points that other founders face on the way from idea to liquidity event.”

What is Khoreibi’s message to young people in Saudi Arabia and the Middle East and North Africa region who are thinking about entrepreneurship rather than a salaried career?

“I would first say congratulations to them because there has never been a better time. If you have a good idea, go for it and don’t be afraid to fail because failure is part of the entrepreneurial reality.

“There has never been such a strong ecosystem in the region. All the trends are pushing in the right direction and the support structures are in place.

“And if you think of something that will make the world a better place, we’re all ears – don’t hesitate to contact us!” 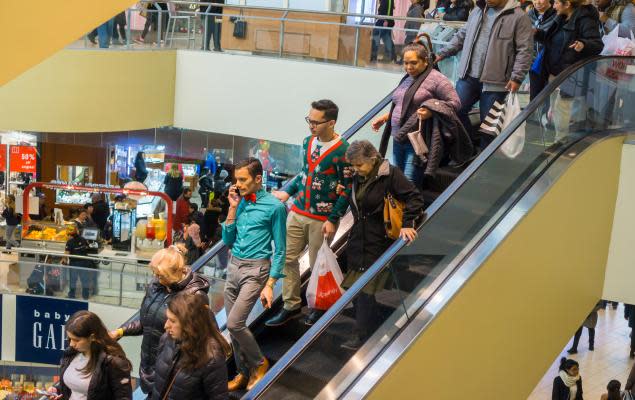