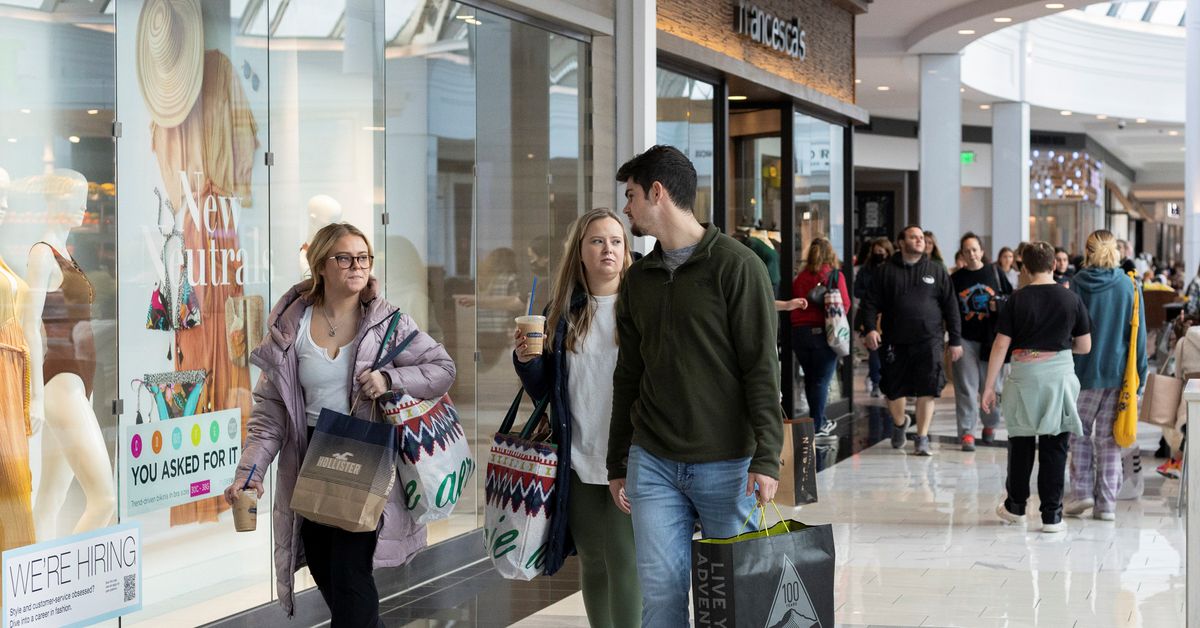 Soaring rent and health care costs are squeezing the budgets of many Americans, causing them to cut spending on goods. The situation has been made worse by higher borrowing costs, which make credit more expensive.

The Federal Reserve raised its key rate from near zero in March to the current range of 3.00% to 3.25% as it battles inflation. A fourth straight interest rate hike of 75 basis points is expected next month after data on Thursday showed a sharp rise in inflation in September.

“While consumers remain willing to spend, many families, especially those at the lower to middle end of the income scale, are feeling increasingly constrained by high prices and rising interest rates. of interest,” said Gregory Daco, chief economist at EY-Parthenon in New York.

Sales are also slowing as spending shifts back to services. Retail sales are primarily goods and are not adjusted for inflation.

Sales at electronics and appliance stores fell 0.8%. Sales at hobby, musical instrument and book stores also fell, a sign that consumers were cutting back on discretionary spending.

But sales at clothing and general merchandise stores rose 0.5%. Online and mail-order retail sales also increased by 0.5%. Revenue from bars and restaurants, the only service category in the retail sales report, rose 0.5%.

US stocks opened higher. The dollar appreciated against a basket of currencies. US Treasury prices were mixed.

GDP is expected to have rebounded in the last quarter after two consecutive quarterly declines, as slowing domestic demand dampens imports and leaves a stockpile of unsold goods in warehouses.

The Atlanta Fed estimates GDP grew at a 2.9% rate last quarter after falling at a 0.6% pace in the second quarter. The government is expected to release its third-quarter GDP snapshot at the end of this month.

But there are some glimmers of hope in the fight against inflation. A separate Labor Department report released on Friday showed import prices fell for a third consecutive month in September, led by lower petroleum product costs and a strong dollar, suggesting that imported inflationary pressures are easing. diminished as global supply chains improved.

But oil prices have likely bottomed out after last week’s decision by the Organization of the Petroleum Exporting Countries and its allies to cut crude production.

Excluding fuel and food, import prices fell by 0.5%. These so-called core import prices fell 0.1% in August. They increased by 3.3% over one year in September. The strength of the dollar is helping to limit the rise in the prices of underlying imports.

The dollar has appreciated by 10.5% against the currencies of the main trading partners of the United States since January.