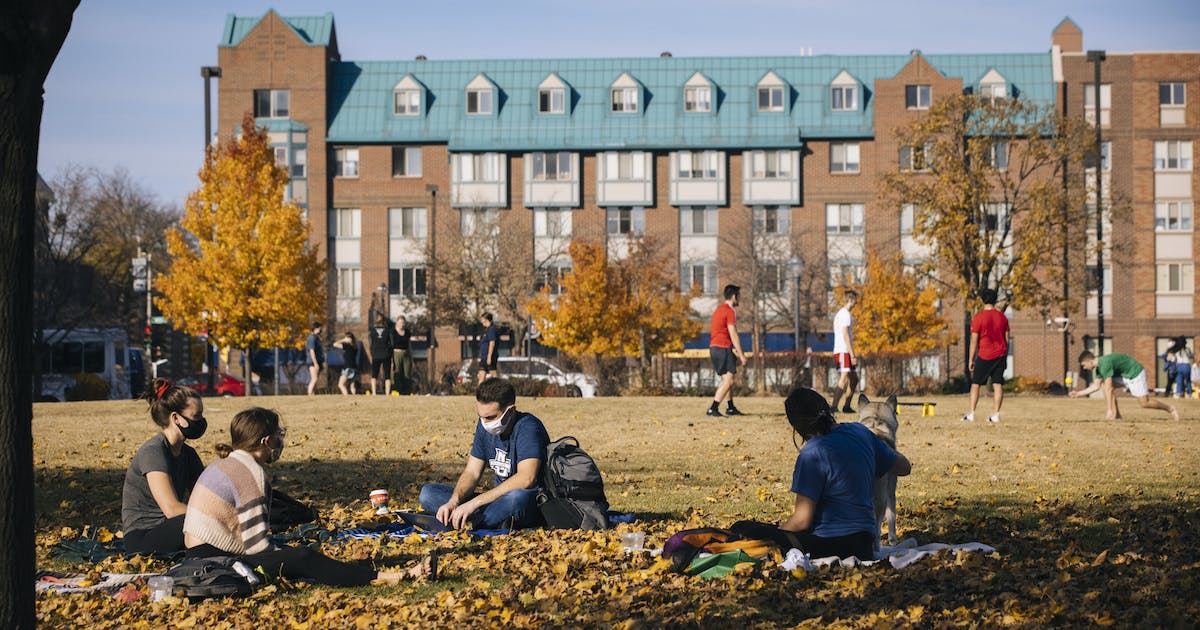 On December 26, in the commentary titled “Bankruptcy is the solution to the student loan crisis” (Opinion Exchange), Joe Nocera observed that “especially among conservatives … [allowing loan forgiveness] wouldn’t be fair to the millions of Americans who have paid off their student loans, often after years of financial struggle, they say. The priority is for the federal government to provide former students burdened with impossible debt – a debt encouraged by the federal government – with the help of that same government.

Another factor to note is that the cost of college education has increased faster than the rate of inflation. It is now even more difficult to pay off the debt.

I disagree with Joe Nocera’s Bloomberg opinion comment that the student loan debt forgiveness allowance should be reinstated as the best solution to the student loan crisis. Bankruptcy would not only ruin former students’ credit reports for seven or ten years, it would leave them with a permanent scar of financial failure early in their careers. Canceling the loan would teach them nothing and see them as part of the welfare state, withdrawing funds from others who need it most due to health problems, disabilities and old age. It would also be extremely unfair to all responsible students and their parents who worked and sacrificed to pay for their university education for many years.

So what to do? We want to give every student a chance to access higher education, be it business schools or formal universities, and we the taxpayers would rather not pay more taxes or add billions of dollars in the national debt every year. I suggest a program where the IRS keeps, say, 8% of gross income for up to 30 years of an individual’s professional career to pay off any education debt. Any remaining balance would then be canceled and individuals could save more for retirement during their final years of professional careers. We all win with a well-trained and highly educated workforce that contributes to a booming economy and pays its taxes.

After reading the article on student debt, I have this to add: Student debt in this country is out of control. For example, my daughter, a special education teacher in a peripheral suburb, has student loan debt of over $ 100,000. She worked full time running a local sandwich shop while attending Minnesota State University, Moorhead. After graduation, she went for her first interview to rural North Dakota. They offered him the job, but he paid less than she earned running the sandwich shop. Yes, you read that right, less. She then realized she had to move to Minneapolis-St. Paul to increase the wages offered – not by much, but at least it was on par with what she was making at the sandwich shop. In the following years, she returned to school to obtain her Masters and further still to obtain various licenses. She pays $ 700 to $ 800 a month just to pay off her student loans.

The teachers as a whole work with our most valuable and sometimes the most vulnerable students, and the pay, as we all know, is not great. But to top it off, these teachers are paying off student loans. Our great nation needs to do better with those who attend our universities and revise the student loan fiasco. And another Star Tribune article from December 26 about the University of Minnesota budget chief earning $ 400,000 a year (plus deferred compensation) makes me shake my head in disbelief (“At U, Frans faces the same budgetary problems”, cover page). No wonder most students need financial aid to continue their university education. That beats me.

Several versions of the same story

Star Tribune, it’s Christmas morning as I write this, a moment of joy, and you made me cry. Your article on the first page “One in 5,000” was heartbreaking and so fitting to publish. Thank you, Michael Wright and Lynn Wright, for sharing your story. As a nurse in a COVID unit in the Twin Cities, I can assure you that this story repeats itself over and over again as we lose more and more patients to this terrible virus. “Beloved”, “isolation from loved ones”, “COVID roller coaster”, “going in all directions”, “broke down crying” – this not only describes Michael’s war on the virus, but the struggle of many patients who have succumbed to this disease. And the most difficult aspect of this pandemic are the disbelievers, the people who downplay the severity of the virus, the people who defy the masking and social distancing guidelines.

Michael would still be alive if he hadn’t contracted COVID, just like many of the thousands of other people who have died from this virus. Although the majority of the victims are older, their lives are still precious, they have many loved ones who mourn for them and they need our protection. COVID is real, and we must unite to prevent others from contracting this disease. If 5,000 Minnesota people died in car crashes, murdered or died in war within 10 months, we would be outraged and demand action to prevent more deaths. We have guidelines in place to help reduce the potency of this virus and limit the number of deaths. We all need to believe in and follow these guidelines. Wear a mask, obey social distancing rules, and avoid large gatherings. Rest in peace, Michael Wright, and thank you for showing the world the reality of COVID-19.

Children do not choose their parents, whether they are in the military or not

The story on the front page of Friday “The children ‘hidden heroes’ of the deployment” was a touching read. I am grateful to women and men like Jen and Brian Chaffee who take on military roles. It is certainly not an easy job, and not easy for the kids either, as the story shows. The part of the story where Jen Chaffee said her kids “didn’t sign up for this.… They were born into it” got me thinking.

Every child on this earth is born in his situation. I would say some babies have luckier lives than others. Law? Having served in the military myself, I know that government and society support those who serve and their families. Who doesn’t want to help a veteran?

But what about the kids in Minnesota who have only one parent (or no parents), but not just for a year? So many children live in difficult situations without their being responsible. Some have seen parents die from gun violence or drugs. Others may wonder where they will live or when they will eat next. Day to day life can be a challenge, and they don’t have the enjoyable distractions, nor the resources to help them cope, like those with luckier lives. I know the Star Tribune has made stories about the less fortunate. I thought another reminder couldn’t hurt.

So, as a new year begins and we recover from COVID-19, let us not forget that many children, who have not registered for their situation, need help. I hope government and society will give them the support they need, as will our vets and their families.

Thank you for the story “Children ‘hidden heroes’ of the deployment.” It brought me back to Christmas 75 years ago when my father returned from an infantry division in the Philippines. It was in 1945; the war was finally over and so was our family separation. I was 6 years old and I was seething with ecstasy when he called me from the station. Even the taxi driver who brought him home caught the joy of the family. I can still see in my mind the cab driver declining the fare Dad offered. Bringing a soldier home to his family also made his Christmas!

Over the years, I have had many Merry Christmases, but none to compare with Dad coming home from the war.

We want to hear from you. Send us your thoughts here. 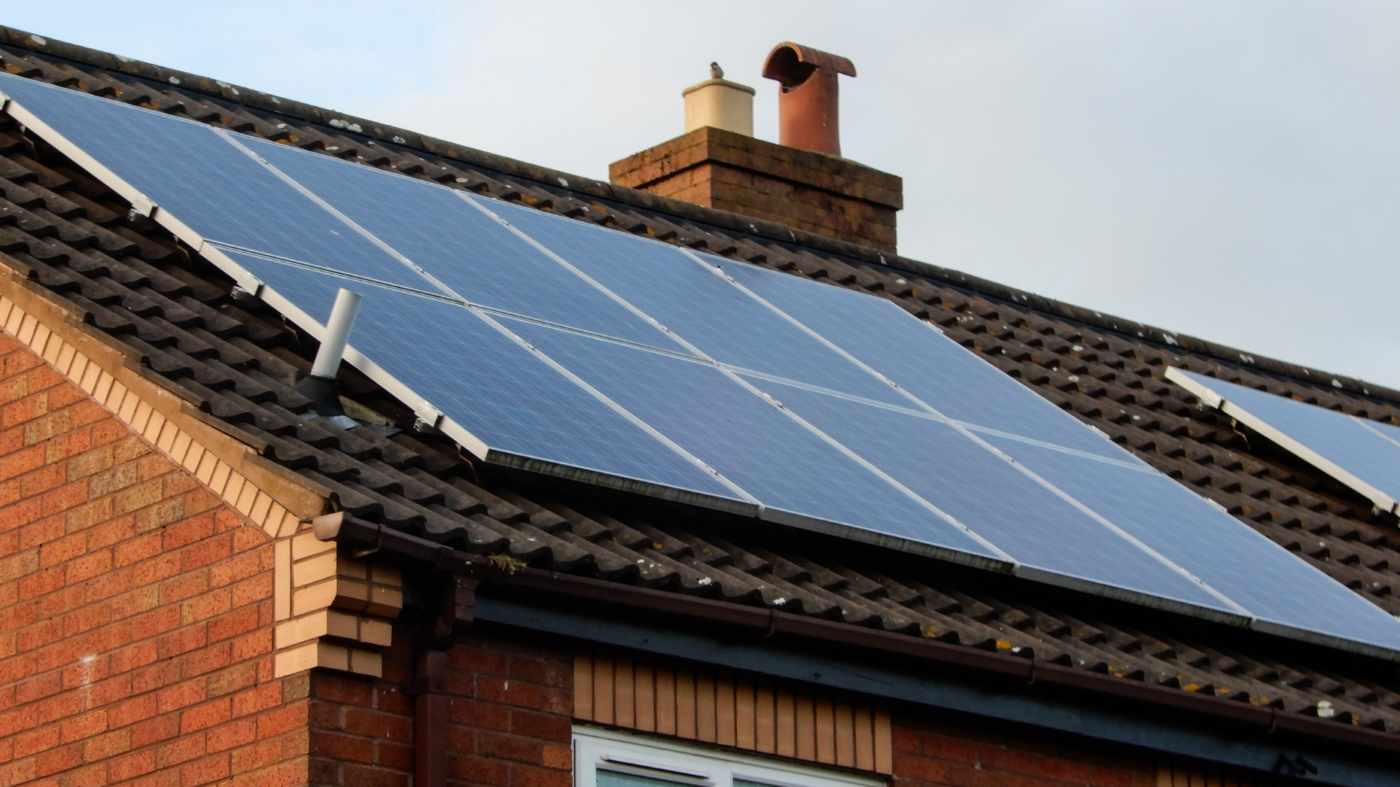