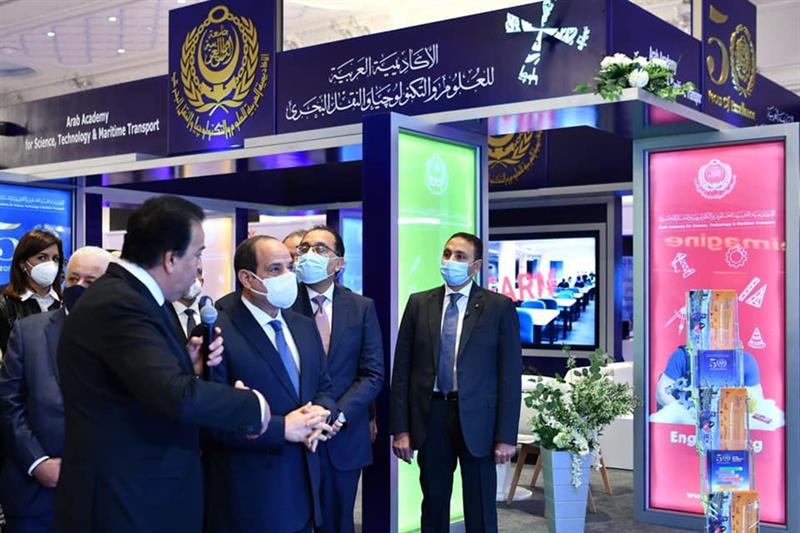 This week, Cairo hosted the 14th session of the World Islamic Educational, Scientific and Cultural Organization (ISESCO) which was titled â€œThe Future in Actionâ€.

President Abdel-Fattah Al-Sisi noted at the conference that the quality of education in developing countries does not equal that offered in developed countries. Therefore, he said, Egypt wanted to introduce joint programs with international universities to keep pace with the latest developments in education.

Six new technology universities will soon welcome students, Minister of Higher Education and Scientific Research Khaled Abdel-Ghaffar told the conference. He said the number of Egyptian students studying abroad had fallen by more than half, to 2,200, due to the high quality of universities that have opened in Egypt recently. He added that new petroleum and electronics research centers will also open soon. “The government has allocated LE 150 billion to improve the country’s public universities,” the minister added.

According to Al-Malik, ISESCO member states need universities that can confidently compete with the most prestigious international universities. To do this, he said universities need to work freely and independently, ensure the sustainability of funding sources, support students in current and future labor markets, and establish lasting partnerships with local economic, industrial and technological institutions and international.

Abdel-Ghaffar said that with a population of over 100 million, Egypt needs at least 100 universities. At present, he said, there are 72, but more are being established.

Last year, President Al-Sisi revealed at the inauguration of King Salman University in Sharm el-Sheikh that Egypt intended to have 125 universities by 2032.

During the conference, Minister of International Cooperation Rania Al-Mashat revealed the role of international cooperation and partnerships in the development of higher education and scientific research sector. â€œUntil September 2021, the development funds for the higher education and scientific research sector in the ministry’s current portfolio have reached around $ 1 billion to implement 16 projects. Fifty-three percent of these funds are non-repayable grants, â€Al-Mashat explained.

According to Al-Mashat, several multilateral and bilateral development partners have been instrumental in providing these funds, including the United States, the Saudi Fund for Development, Japan, China, Germany, South Korea, African Development Bank, the Kuwait Development Fund, and the Arab Fund for Economic and Social Development.

Al-Mashat noted that these partnerships are based on three main principles: comprehensiveness, which means merging youth and women in development efforts and maintaining their participation in the decision-making process; digitization, since these partnerships are working on localizing digital transformation in the country’s efforts in this area; and green transformation, as new strategies boost government-implemented plans to shift to a green economy and reduce harmful emissions, especially in light of Egypt’s preparations to host the United Nations Conference on climate change next year.

* A print version of this article appears in the December 16, 2021 edition of Al-Ahram Weekly.

Biden administration’s engagement with Iran leads to violence in Israel