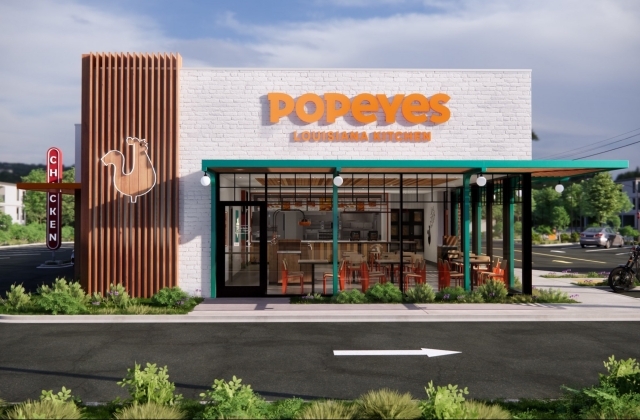 Popeyes announces the expansion of its fast food chain in Romania

Popeyes is growing and bringing its brand of Louisiana fried chicken to Romania. The fast food company has signed an agreement with Sterling Cruise, a food and beverage operation and management company, to launch the brand in the country.

The exclusive Popeyes and Sterling Cruise deal was announced late last week. The contract includes a commitment to establish at least 90 Popeyes restaurants over the next ten years. It was mentioned that it would be the very first entry for a Miami, Florida-based fast food restaurant in that region of Eastern Europe, according to Verdict Food Service.

In addition, it has been reported that the agreement between Popeyes and the Romanian company Sterling Cruise forms part of and follows on from the company’s plans to expand into the European market. It was also noted that the fast food chain already has a presence in Switzerland and Spain, and later this year catering branches are due to open in the UK as well.

In Romania, the very first Popeyes restaurant is expected to open next year. So, Romanian citizens who love fried chicken can expect the unique taste of Louisiana chicken and other popular dishes on Popeyes menu list including its chicken sandwich and spicy fillets and tasty fries.

“We are delighted to share great news from Romania, where we have announced ambitious plans to make the country one of the most popular fried chicken restaurants in the world,” said Popeyes Louisiana Kitchen, President of International Markets , David Shear, in a press release. “Popeyes is one of the fastest growing restaurant chains in the United States. Our entry into Romania illustrates our commitment to serving our signature blend of spices, flavors and experience to more customers around the world.

Sterling Cruise spokesperson said the company is proud to bring the world famous Popeyes Chicken to Romania for diners to enjoy. He went on to say that they were sure customers would love Popeyes’ iconic experience and menu that made it popular around the world.

“In addition, this new entry into the market will contribute to the Romanian economy by creating hundreds of new jobs over the next few years”, added the spokesperson. “We couldn’t be more excited.”