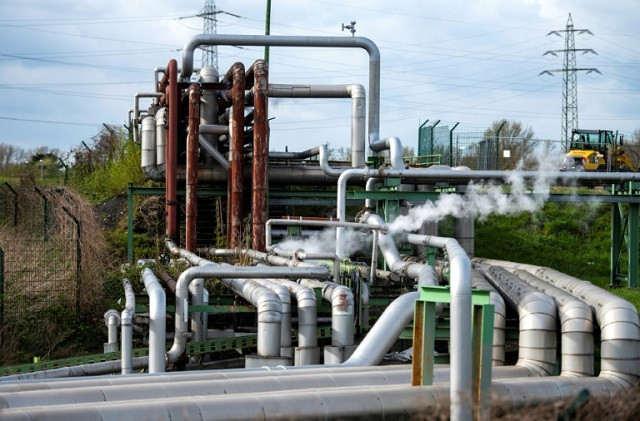 The rhetoric of former Prime Minister Imran Khan and current Finance Minister Ishaq Dar to import Russian oil contradicts the situation on the ground. The Pakistani oil sector has already made several unsuccessful attempts to import oil from Russia.

Despite concerted efforts, the Pakistani side failed to materialize the plan due to US sanctions imposed on Russian companies.

Sources say that following the war in Ukraine, the United States and its allied European countries fell out with Russia, even payments to third-party suppliers of Russian oil were stifled.

Suppliers are required to provide country of origin details on imported products and products of Russian origin are not accepted by banks.

Sources revealed that PRL made efforts to import oil from Russia but failed due to the implications of the Ukraine crisis.

When Trifigura, a third-party supplier, offered to supply PRL with Russian oil at discounted rates, PRL had approached Pakistani banks, including Habib Bank Limited (HBL) and the National Bank of Pakistan (NBP). However, the two banks refused to open letters of credit (LC) when they found that the crude oil was of Russian origin.

Officials said HBL and NBP had already paid a fine in the United States and were therefore unwilling to open the required LCs. These banks have informed PRL that the payment channel is in dollars and therefore they would not be able to process the LC.

Although there are no explicit directives from the Pakistani government regarding the importation of oil or other products from Russia, PRL has encountered problems.

Sources say the same case applies to the shipping industry. Shippers are not ready to transport supplies from Russia. They have to receive dollar payments from suppliers and therefore, due to the threat of US sanctions, they are not prepared to source from Russia.

“In addition, there is a dollar banking clearing system called ‘Swift’. Under the current sanctions regime, the United States barred Russia from the Swift system and that was creating problems as well,” industry officials explained.

Officials said that as a result of the war in Ukraine, oil shortages appeared on the world market. Due to Russian gas and oil sanctions, the demand for diesel has increased in European countries. As a result, refineries operating in the Middle East shifted their supplies to the EU to achieve higher earnings.

Pakistan State Oil (PSO) imports diesel from Kuwait at a premium of $2.4. As a result, PSO had to arrange a shipment of diesel at a higher price on the world market due to a supply shortage.

Global markets are also facing a shortage of gas. Over the past few months, Pakistani LNG Limited has endeavored to import LNG, but failed to arrange a single LNG shipment to meet domestic needs.

Oil division officials said the government was interested in importing oil and LNG from Russia on a government-to-government basis. However, the current sanctions against Russia made it difficult to bring this agreement to fruition.

Pakistan will have to seek exemptions from the United States to import oil and LNG from Russia due to Russia’s exclusion from the Swift banking clearing system. As a result, banks are not ready to open LCs, as was the case for PRL.

Sources say that Saudi Arabia and other Middle Eastern suppliers maintain a monopoly in the Pakistani market and therefore will seek to retain this hold in the future.

In the current scenario, the incumbent government cannot afford any conflict with Saudi Arabia which has supplied oil with deferred payments on several occasions.

Saudi Arabia, a major oil supplier, has also pushed the Pakistani government to sign an LNG deal with the kingdom. During Pakistan’s Tehreek-i-Insaf (PTI) government, the Arab country offered to supply Pakistan with 18 LNG shipments per year, but no deal was reached. How to consolidate debt in a personal loan for the holidays