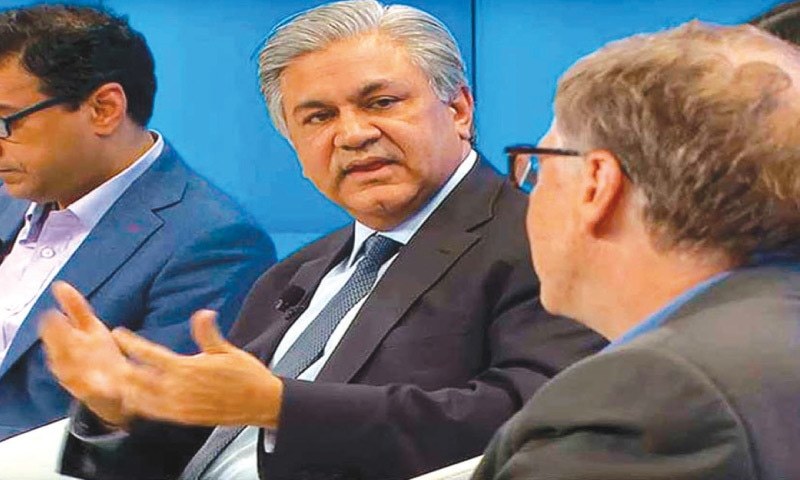 NON-FICTION: THE FALL OF ABRAAJ – Journal

This is the story of a Pakistani who, until recently, managed $ 14 billion in money from the rich. He convinced the World Bank, the Bill and Melinda Gates Foundation and the governments of the United States, United Kingdom and France to let him use their money to buy stakes in over 100 companies around the world, in name of the improvement of ordinary life. He rubbed shoulders with presidents, members of Arab royalty and American secretaries of state. He asked former US President Bill Clinton to speak to his investors.

This is the story of Arif Naqvi, founder and CEO of Abraaj Group, a Dubai-based private equity firm.

The Key Man: The true story of how the global elite were fooled by a capitalist fairy tale by Wall Street Journal reporters Simon Clark and Will Louch chronicles Naqvi’s journey from Karachi Grammar School, where he won the Most Outstanding Student Award in 1978, until his meteoric rise to the global financial elite and the eventual collapse of the private equity juggernaut he built and, according to the book, stole for many years.

Abraaj’s dismantling began, at least in the mainstream media, when one of the book’s authors received an anonymous email in mid-2018. He said there was “a potential fraud investigation” because the company was missing hundreds of millions of dollars. In non-technical language, “disappeared” means stolen. Abraaj collapsed in 2019 with more than $ 1 billion in debt, while Naqvi was reportedly caught funneling more than $ 780 million to his secret accounts in the Cayman Islands, his family and a former secretary.

Naqvi built its reputation by championing the concept of impact investing, meaning that only companies, not politicians, were able to eradicate poverty, hunger and disease from the planet. Over the years, he has built a reputation for being a wise and conscientious fund manager.

In language easy for laymen to understand, two Wall Street Journal reporters detail the rise and frauds of Arif Naqvi and the multibillion-dollar private equity empire he commanded.

It took funds from wealthy and state-run development finance institutions to buy already existing businesses, such as power utilities, in remote corners of Asia, Africa and from Latin America. He would find lucrative opportunities in cities his investors couldn’t locate, even on a map. He would institute changes of direction, inject liquidity, turn around the companies and, after a few years, sell them at a profit.

His private equity firm would charge a two percent annual fee for funds under management and keep 20 percent of profits. Abraaj and his â€œimpact investorsâ€ would walk away with big profits, leaving behind a successful business and a better world – in theory, at least.

Each of The Key Man’s 19 chapters deals with either particular transactions made by Naqvi or a turning point that saw him become the ultimate symbol of infamy in the world of high finance.

The book is based on original reports by the two writers, who interviewed more than 150 people, including 70 former Abraaj employees. It also relies heavily on email correspondence between Naqvi and his associates which became part of the court case after the business collapsed. According to the authors, the emails provide an indisputable confession of guilt to Naqvi and his associates, many of whom have previously pleaded guilty to fraud and racketeering charges.

Clark and Louch use the verbosity-free language of journalists. Unlike many financial writers who cannot, or cannot, explain complex concepts in plain language, WSJ journalists have written a book that is also accessible to CEOs of banks and those unfamiliar with finance. .

The Key Man is of particular interest to Pakistani readers. Abraaj Group has been trying for many years to sell its flagship business in Pakistan, K-Electric, to a Chinese company. Besides an entire chapter on K-Electric, the authors make numerous references to the agreement throughout the book. The emails, which are now part of the court records, show how Naqvi and his associates tried to bribe former Prime Minister Nawaz Sharif and former Punjab Chief Minister Shehbaz Sharif to gain government approval.

When Omar Lodhi, senior Abraaj official (and brother of Nadeem Lodhi who ran Citigroup in Pakistan until recently) prepared and sent Naqvi a $ 20 million “contract” for an intermediary to manage their relationship with Pakistani politicians, the founder of Abraaj replied, â€œKeep this is generic. Send it to him from your Gmail, â€adding that neither Abraaj nor K-Electric should be named in the email. â€œThis document is explosive in the wrong hands. Do not consult any more advisers on this subject.

The book explains in detail why the sale of K-Electric worth $ 1.77 billion was delayed for six years despite Naqvi pulling all the right strings. One of the reasons was Lodhi’s impatience and rage, which alienated officials serving many levels below the prime minister, but still wielding considerable power. K-Electric owes billions of rupees to its gas supplier. Letting Abraaj walk away with a profit of $ 570 million without first closing the gap has deterred a number of government and regulatory departments from putting their seals of approval on the proposed transaction.

With one example after another, Clark and Louch discuss how, in his later years, Abraaj was run like a Ponzi scheme by Naqvi. The company would raise funds from investors in the name of building hospitals in Africa, but would use that money to maintain the billionaire lifestyle that Naqvi was not. He threw lavish parties, bought expensive works of art, and embezzled funds in his personal accounts.

Meanwhile, if an investor demanded their return on their investment after selling an asset, Naqvi would linger first and then raise funds from a new investor and use them to pay off the old one. Naqvi asked associates to send fake bank statements to investors, including the Bill and Melinda Gates Foundation, as they began to wonder what was taking Abraaj so long to buy healthcare facilities in the countries poor.

The point is, Naqvi has long been plundering the funds of its investors. At first, he obtained a loan from one of the companies in which he had invested, parque for a few days the money borrowed from the fund’s designated bank account, presented the KPMG audit firm with the end-of-year bank statements. quarter, then sent their A-OK Report to investors in financial centers in the West and Middle East. Liquidity became so thin towards the end that the company had to plunder investor funds to pay staff salaries. Eventually, Abraaj resorted to sending outright fabricated bank statements to investors.

The K-Electric transaction was so important to him that he continued to prowl around Islamabad even after the collapse of Abraaj. He was especially proud of K-Electric’s â€œturnaroundâ€, which helped Abraaj achieve worldwide recognition through a complimentary case study co-authored by Professor Josh Lerner of Harvard Business School. The Harvard professor has also written other “unbiased” case studies of the Abraaj accords and described the company as a “force for good.” Clark and Louch’s book indicates that Lerner received thousands of dollars from Abraaj as a member of his advisory board and consultant to the company until 2017.

Nowhere do the authors explicitly tell readers that Naqvi is an evil, self-centered narcissist seeking to make money on behalf of the world’s poor. Instead, the duo shows it by citing Naqvi’s own emails and anecdotes from colleagues and investors.

As an example, the book mentions an English butler named Terry who worked in Naqvi’s London apartment. Once, a white frame of Abraaj sat with Naqvi in â€‹â€‹the latter’s book-lined living room. Naqvi ordered Terry to bring him a cappuccino. When Terry came back, Naqvi looked at the white frame and â€œexplained what was happeningâ€: Terry was a white man who worked for Naqvi, the brown man. “Terry was standing next to him waiting for the next order. “

Perhaps the only place Naqvi comes across as a decent man is when he talks about impact investing in Palestine. Abraaj invested in an herb farm in the West Bank city of Jericho, where poor women grew rosemary, thyme, basil, mint and sage. It has also invested in a Palestinian manufacturer of online educational games. Naqvi started a non-profit organization to channel all the profits made through the Palestinian agreements to support poor children in the region. According to the writers, Naqvi feared to be seen as making money from a population in dire need. â€œArif said we cannot make money with Palestine,â€ the book said, quoting a Palestinian official from Abraaj.

Clark and Louch have done a remarkable job of unraveling the knots that typically keep the secret world of private equity out of the reach of most people. It is hoped that their investigative work will prompt regulators to step up their oversight of private equity – something the titans of the $ 4 trillion industry have largely avoided so far.

The examiner is a staff member. He can be contacted at [email protected]

The key man: the true story of how the world’s elite were duped by a
Capitalist fairy tale
By Simon Clark and Will Louch
Harper Business, United States
ISBN: 978-0062996213
352pp. 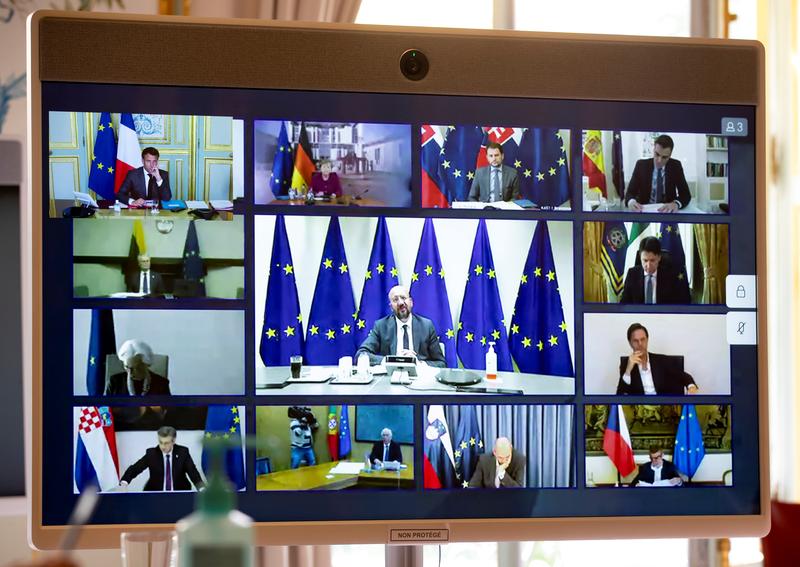