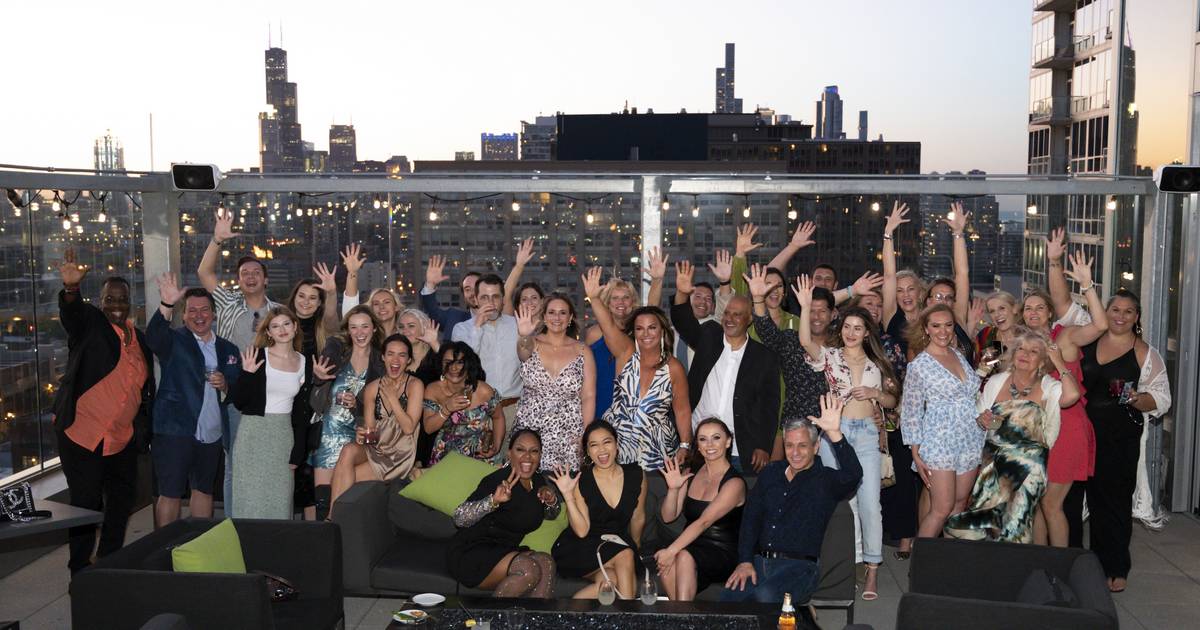 
Mekky Media Relations Inc. celebrates milestone of five years in business this month with the announcement of yet another series of national public relations accolades, including the prestigious Stevie’s Gold and Silver Awards at American Business Awards 2021 – in the categories of PR Agency of the Year and PR Campaign of the Year (for Edie’s All Day Cafe & Bar campaign.

In addition, Founder and President Michelle Mekky received the Ragan and PR Daily Communicator of the Year Award, which recognizes the best practitioners in the industry for the past year.

The recent recognition is the latest in a series of prestigious accolades that Mekky Media has won over the past five years, a period of continued growth and success for the agency. Even throughout the pandemic, Mekky Media has expanded its client roster and internal team, recently hiring several new account directors and managers and moving into a new office through WorkBox Coworking Co. on Chicago’s Gold Coast.

“I can’t believe how far we’ve come since I started the business as I sat at my dining room table – with zero customers – in June 2016,” Mekky said. “I think this anniversary is important because it proves that we are a sustainable company that is here for the long term.”

Mekky adds that she is proud of the team she has assembled, the creative work done by the agency and the powerful results achieved for clients. “I think we’ve solidified our reputation as a leader in public relations, and that’s why so many organizations are constantly reaching out to us and looking for our help. This is just the start for Mekky Media.”

The long and growing client list includes businesses and nonprofits in Chicago and from coast to coast to coast, ranging from long-term partners who have been on board from the start to companies who have been committed during the pandemic. Mekky Media, member of the International Public Relations Network (IPRN), Forbes Agency Council and Women’s Business Enterprise National Council (WBENC), offers PR and media relations strategy, media training, promotion events, a social media strategy and influencer outreach. Since March 2020, the agency has pivoted to meet the needs created by the difficult business climate. This meant expanding the services to include integrated digital and PR campaigns, personal branding, and internal communications. “Over the past year, we felt it was important to stick to our core competencies, but also to expand and build the right team to tackle new challenges and meet customer needs,” Mekky says.

This approach has allowed many new clients to take notice and seek to partner with Mekky Media. Recent additions to the client list include cannabis company PharmaCann, new Chicago restaurant concept Adalina, clothing and lifestyle brand SNOB Apparel, digital marketing agency White Shark Media, the writer and speaker Chelsea Austin and the international conference on women’s technologies GirlCon. Mekky Media also continues to work with organizations that have long been on its client list, such as Abt Electronics and Wealth Management Group. And the agency is a leader in representing many of Chicago’s leading nonprofits, such as Chicago Lights, Chicago Scholars, The Ark, and the Center for Enriched Living. Additionally, the agency and Mekky, who is a cancer survivor, support the National Ovarian Cancer Coalition and Triage Cancer.

On June 4, Mekky Media celebrated the fifth anniversary at Vu Rooftop Bar in Chicago, with members of the media, several supporters and first-day clients, and others who were part of the agency’s successful trip. The team will celebrate again on June 30, in a virtual American Business Awards ceremony, when the agency wins its two Stevie Awards. Mekky Media previously won the Stevies Award in 2020 (Bronze for PR Agency of the Year) and 2018 (Bronze for Entrepreneur of the Year).

“We are so grateful to be able to come together and celebrate our success with some of the people who have helped make this possible,” Mekky said. “I feel extremely fortunate that our agency not only survived and thrived in our first five years, but that over the past year, which has been such a difficult time for small businesses, we were able to win major victories for the agency. “

Mekky says the main of those gains is the expansion of the team, with the hiring of Charisse Barnachea, Senior Account Manager, Madie Holland, Account Manager Chelsea Rosenberg and Account Manager Rachel Shaykin. The agency has also hired several interns, including students from Northwestern University’s journalism residency program. The new additions join public relations professionals from top companies and former journalists from major newsrooms. Mekky says industry veterans and new hires exemplify the agency’s core values ​​of passion, authenticity, creativity, trust, commitment to excellence and teamwork. And she highlights the hybrid staffing model, with full-time employees mixed with contractors, as the key to the agency’s success. “We have the right mix of talent to meet client needs, and all team members appreciate the flexibility and culture we’ve built,” she says.

During the pandemic, Mekky made culture a top priority, regularly planning virtual wellness opportunities, such as yoga, mindfulness classes, meditation, and wine and chocolate tastings. “Even though we’ve been virtual for so long, I think we’ve built a really strong and connected team over the past year,” she says. “Everyone is invested in the success of the agency, and we all look forward to even more positive dynamics and exciting client partnerships in the years to come.”

Mekky Media Relations, Inc. is a public relations agency dedicated to delivering powerful advertising to a diverse list of business and nonprofit clients in Chicago and beyond. Michelle Mekky, a veteran, award-winning broadcast journalist and public relations manager, launched the agency in 2016, to provide clients with public relations strategy, media relations, media training, event promotion , a social media strategy and influencer awareness. Through her dedication to personal attention, in-depth media knowledge and close contacts, as well as her passion for creative storytelling, she quickly attracted new clients and began to achieve high profile media placements. scale to fuel their growth. The agency has grown considerably in its first five years and has been widely recognized for its success. Honors have included a 2020 PR News Top 100 Agency Elite Award, a 2020 Bronze Stevie Award for Public Relations Agency of the Year at the American Business Awards, a National Bulldog PR Award 2020, and the Publicity Club of Chicago Golden and Silver Trumpet. Founder and President Michelle Mekky won the 2018 Bronze Stevie Award for Women in Business, in the Entrepreneur of the Year category, and was named Crain’s Chicago Notable Entrepreneur in 2019. Based at WorkBox Coworking Co. on the Gold Coast of Chicago, Mekky Media has a team of over 15 public relations professionals from top companies and major media. Mekky Media is part of the prestigious International Public Relations Network (IPRN), the Forbes Agency Council and the Women’s Business Enterprise National Council (WBENC). Michelle Mekky blogs for Forbes and is a motivational speaker. To learn more, visit www.MekkyMedia.com.

Are we coming out of the pit? – ARAB HOURS