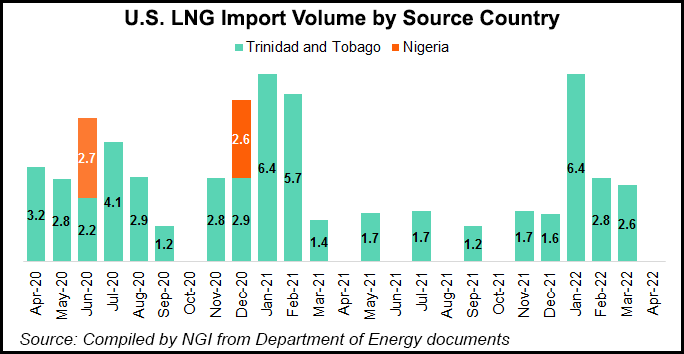 A subsidiary of Marathon Petroleum Corp. (MPC) has applied to FERC for a three-year extension to convert Kenai LNG’s export facility in Alaska into an import terminal.

“In particular, the uncertainty and volatility in the global LNG market has made it difficult for Trans-Foreland to secure an appropriate supply agreement that would provide the necessary financial certainty for the project,” the company told Federal Energy Regulatory. Commission. “Trans-Foreland needs this financial certainty to make its final investment decision and move forward with the physical modifications to the Kenai LNG terminal.”

As Russia’s war in Ukraine jeopardized European natural gas supplies and those of Asian countries with close ties to the West, buyers decided to diversify their volumes. Competition for LNG imports has intensified and prices have steadily increased, making it difficult for some to acquire spot cargoes or sign economic contracts.

“The supply needs of the Trans-Foreland subsidiary-owned refinery have not materially changed, and supply to meet this demand is a business requirement,” the company said in its application.

FERC approved the project in December 2020, originally requiring it to be available for service by December. Trans-Foreland now wants until December 2025. The Commission has granted several extensions in recent years for LNG projects.

Trans-Foreland wants to build facilities, as well as recommission two 35,000 cubic meter storage tanks and other equipment to import LNG. Liquefaction would remain out of service under current plans. The import terminal would have the capacity to accommodate 1.825 MMBtu/year.

Kenai began operations in 1969m and for over 40 years was the only LNG export terminal in the United States. The terminal has a liquefaction capacity of 200 MMcf/d, but the plant has not exported LNG since 2015. It has been inactive since MPC acquired it from ConocoPhillips in 2018.

Imports of the oil group diminished by 20.90%