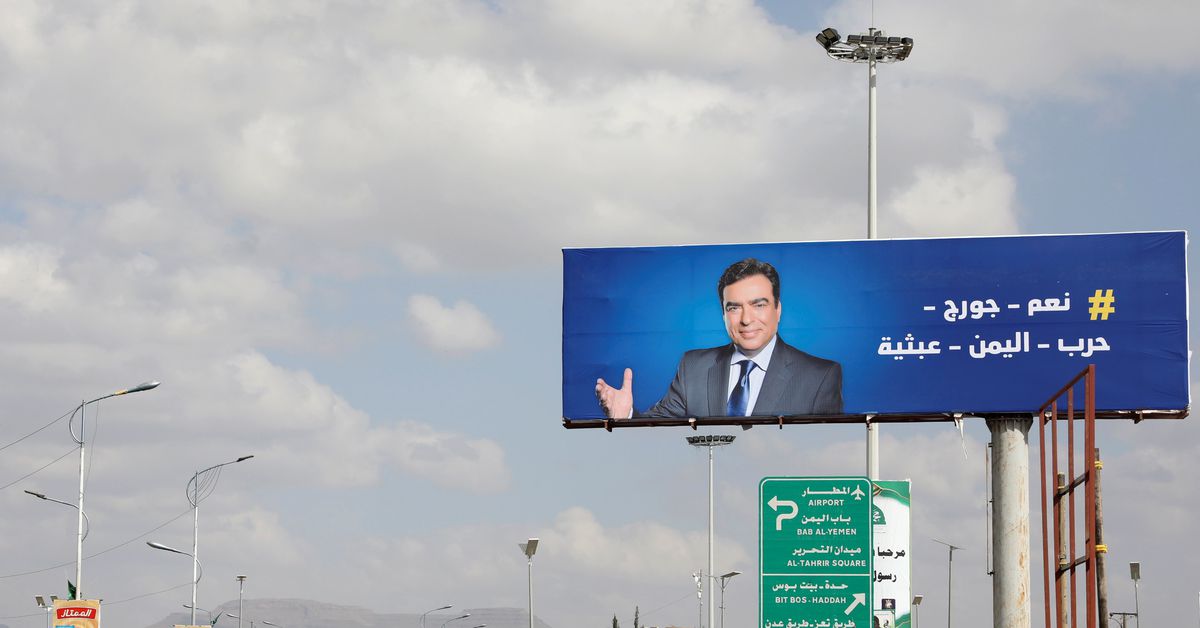 A poster of Lebanese Information Minister George Kordahi is seen on a billboard in Sana’a, Yemen on October 31, 2021. The billboard reads: “Yes George, the Yemen war is futile.” REUTERS / Khaled Abdallah

October 31 (Reuters) – The Lebanese minister at the center of a dispute with Saudi Arabia said on Sunday that it was “out of the question to resign from the government,” he told Al Jadeed television channel .

Riyadh on Friday expelled the envoy from Lebanon and banned all Lebanese imports, in protest against comments by Information Minister George Kordahi criticizing the Saudi military intervention in Yemen. Bahrain and Kuwait followed suit as the United Arab Emirates withdrew their diplomats from Beirut.

Kordahi says he commented on the war in Yemen before becoming a minister. Read more

The oil-rich Gulf Arab states have long funneled funds into Lebanon’s fragile economy. Alarmed by the growing influence of their great Iranian rival, Hezbollah, in government, they have become reluctant to ease its financial crisis.