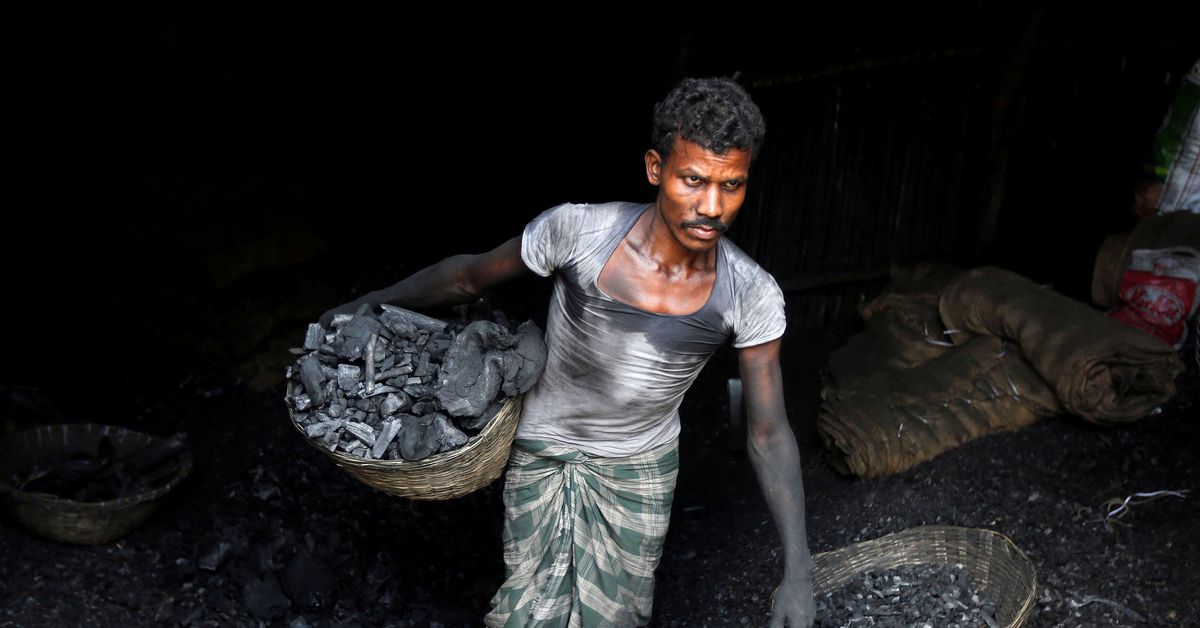 A worker carries coal in a cart at an industrial area in Mumbai, India May 31, 2017. REUTERS/Shailesh Andrade

NEW DELHI, May 3 (Reuters) – India has asked public and private utilities to ensure the delivery of 19 million tonnes of coal from overseas by the end of June, according to a letter from the ministry of coal. ‘Energy, reflecting the urgency of securing supplies in an expensive market amid growing power cuts.

The move, which marks the first time the world’s second-largest coal importer has issued deadlines for imports, may put pressure on global coal prices as utilities race to avoid a repeat of the coal crisis. electricity in April.

If the timelines are met, imports by states and private utilities over the next five months for blending with domestic coal will exceed annual entity imports in at least six years.

A relentless heat wave pushed electricity demand to a record high in April, leading to the worst energy crisis in more than six years and forcing India to reverse a policy of cutting coal imports.

The federal government has asked state-owned utilities to import more than 22 million tons of coal and private power plants to import 15.94 million tons, the Department of Energy said in a letter. reviewed by Reuters.

The Department of Energy has asked all utilities to ensure delivery of 50% of the allocated amount by June 30, another 40% by the end of August and the remaining 10% by the end of August. end of October, according to the letter to senior officials of state energy departments and heads of private power plants.

The federal Department of Energy did not immediately respond to a request for comment.

States and private companies “shall import” coal and “ensure a continuous supply of electricity to the respective states,” the letter reads.

“To ensure the required minimum coal stocks at power plants before the onset of the monsoon, it is necessary that the placement of rewards for importing coal for blending purposes be completed by 31.5.2022,” the ministry said in a letter dated April 28.

The companies did not immediately respond to requests for comment.

“All state-owned generation companies and independent power plants must submit a weekly management information system report every Friday to the Central Electricity Authority (CEA) and the Ministry of Energy on the port withdrawals made, arrival and delivery of imported coal-fired power plants,” the letter read said.