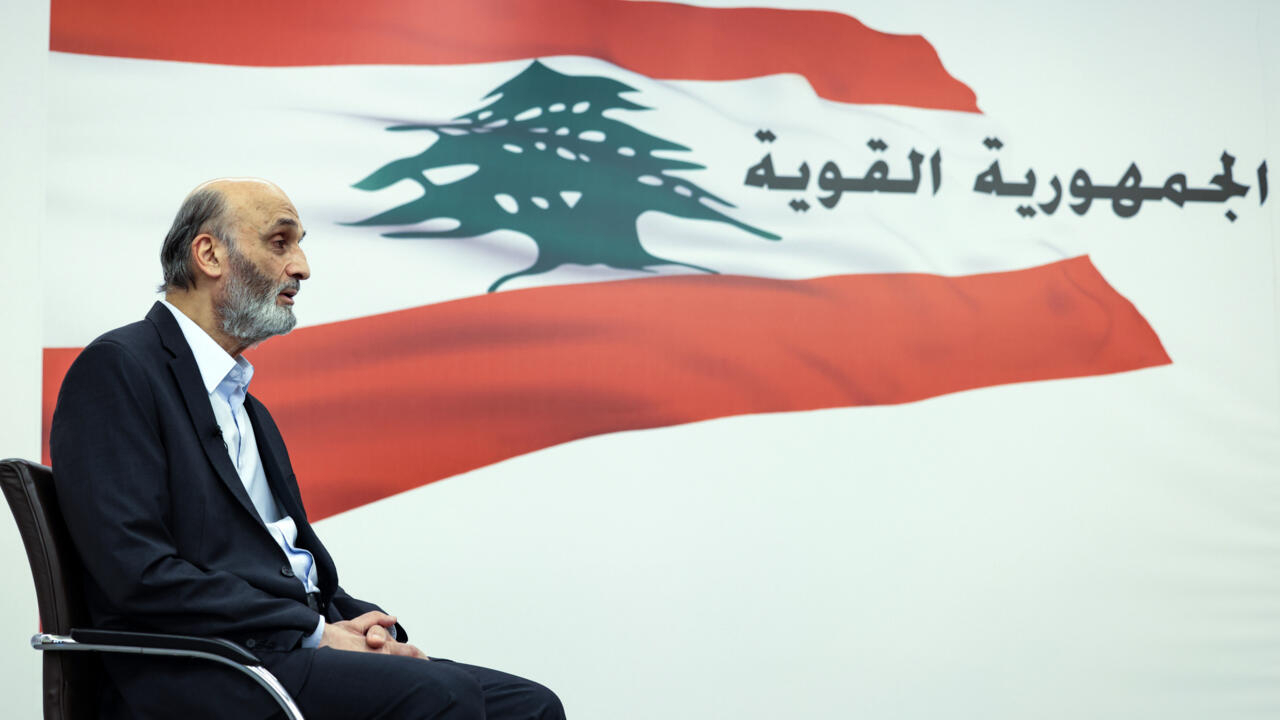 Maarab (Lebanon) (AFP) – Lebanon’s hijacked sovereignty must be restored after an election that deprived the powerful Shiite Hezbollah movement of a parliamentary majority, Christian leader Samir Geagea has said.

“All strategic decisions must come back to the Lebanese state (…) and security and military issues must be handled exclusively by the Lebanese army,” the leader of the Lebanese Forces party told AFP.

“Nobody (…) should be able to transport missiles from one place to another without the permission and knowledge of the army,” the 69-year-old added, referring to Hezbollah.

Geagea’s campaign for the May 15 elections focused primarily on disarming Hezbollah, cementing his role as the movement’s staunchest national rival.

The Iran-backed Shiite group, which held a majority in the outgoing parliament with its allies, is the only militia not to disarm after the end of Lebanon’s 1975-1990 civil war.

Hezbollah, whose arsenal exceeds that of the army, is described by its supporters as a bulwark against the Israeli enemy, but it is blacklisted as a “terrorist” organization by the United States and other countries Westerners.

Critics say it undermines state decisions on security and exposes Lebanon to costly conflict, with Hezbollah deploying fighters and weapons across the region.

“No one should be allowed to use their weapons inside the country,” said Geagea, who rose to prominence as a militia leader during the civil war.

“It’s no longer acceptable,” he said in an interview at his residence in Maarab, northeast of Beirut.

The last election in Lebanon produced a polarized and fractured parliament that denied any single bloc a clear majority.

Geagea’s party, which has close ties to Saudi Arabia, won 18 seats, with an additional spot going to an allied lawmaker who is not a party member.

To challenge Hezbollah, Geagea relies on alliances with other traditional powers opposed to it, including the Christian Kataeb party, and the Progressive Socialist Party led by Druze leader Walid Joumblatt.

At least 13 independent lawmakers from an anti-government protest movement in 2019 could also bolster their ranks, Geagea said.

“We are in intensive talks” with them, he said.

“We at least agree on the need to build a real Lebanese state (…) far from corruption, clientelism, quotas and private interests”.

From Sunday, after the term of the current assembly expires, the new lawmakers will have to choose a president, a post that Nabih Berri has held since 1992.

Berri is expected to retain the post with the support of Hezbollah and its Amal party, which together represent all Shia lawmakers.

But Geagea called on the new lawmakers to chart a new political course by selecting a speaker who would work to “preserve” state sovereignty.

“We cannot name Berri at all because he is lined up with the other team,” Geagea said, referring to Hezbollah.

Another obstacle facing the new parliament is the process of forming a government, which could take months.

Geagea said he opposed plans for a “national unity” cabinet.

“We support a majority government that can be effective…and that agrees on a unified project,” he said.

Lebanon is grappling with an unprecedented financial crisis largely blamed on corruption and mismanagement by a bickering ruling elite that has dominated the country since the civil war.

The country has been battered by triple-digit inflation, soaring poverty rates and a collapsing currency since a 2020 default.

International donors, including the International Monetary Fund, have made their aid conditional on the implementation of key reforms.

Saudi Arabia and its allies have long pushed for Hezbollah’s exit from parliament and the cabinet by backing politicians like Geagea.

“Our ties with Arab Gulf states will certainly be restored and Gulf aid will gradually flow to Lebanon,” if a government is formed “that can inspire confidence,” Geagea said.

The rapid formation of such a cabinet will also streamline negotiations with the IMF, according to the Christian politician.

The IMF and Lebanon reached a conditional agreement in April for $3 billion in aid.

The adoption of reforms, including a financial recovery plan which was approved by the government on Friday, is one of the many preconditions of the package.

Talks with the IMF are the “main entry point” for financial recovery, Geagea said.