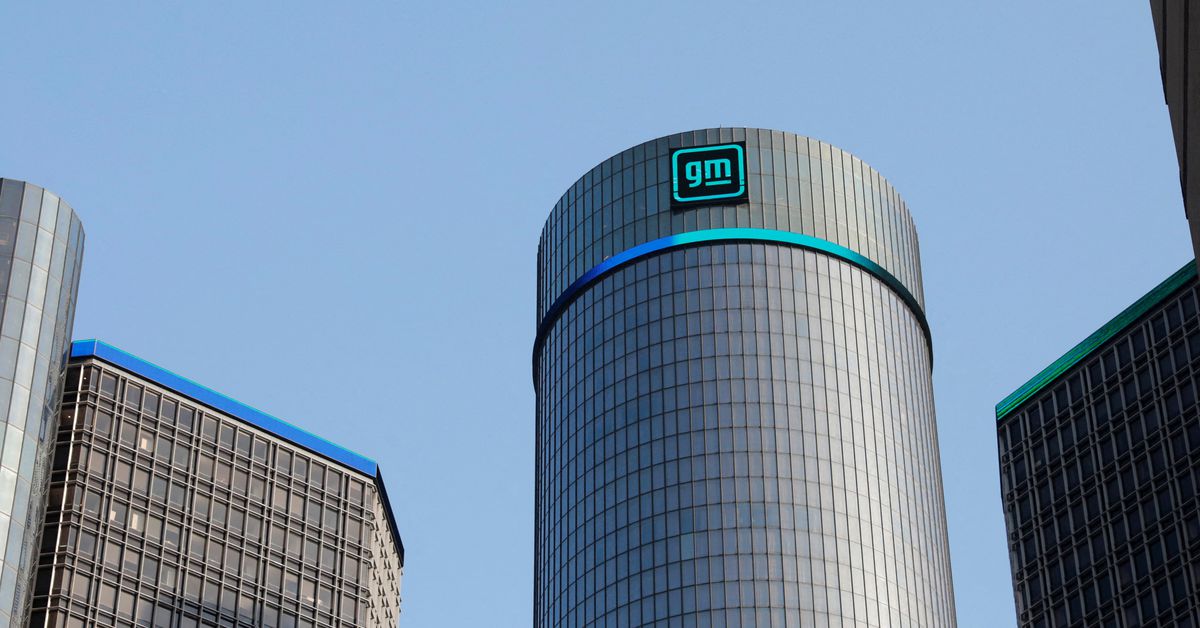 The new GM logo is seen on the facade of the General Motors headquarters in Detroit, Michigan, U.S., March 16, 2021.REUTERS/Rebecca Cook/File Photo

The broader application of hydrogen fuel cells will allow GM to leverage and scale existing investments in hydrogen and refine the technology, GM executives said.

“Think of where you don’t have a permanent facility for generating electricity, but where you need clean energy sources,” Charlie Freese, executive director of GM’s Hydrotec business, said during the interview. a call with reporters.

The company declined to say what revenue it expected from the new business and said an availability date and price for the generators would be announced later.

The hydrogen fuel cell systems will be assembled by GM’s joint venture with Honda (7267.T) in Brownstown, Michigan. Utah-based Renewable Innovations will build the generators, with production expected to begin next year, GM executives said.

Hydrogen – a fuel made by running electricity through water to separate the element from oxygen – has been touted by companies and governments as a way to reduce carbon emissions. But most hydrogen is currently produced by electrolyzers powered by natural gas or other fossil fuels, called “grey hydrogen”. It is four times more expensive to produce “green hydrogen”, derived from renewable energy sources. Read more

Freese said GM’s goal was to increase the use of green hydrogen and hoped costs would come down. He said the company is also looking to work with infrastructure providers to install more local hydrogen generation systems and reduce the need for expensive hydrogen transportation.