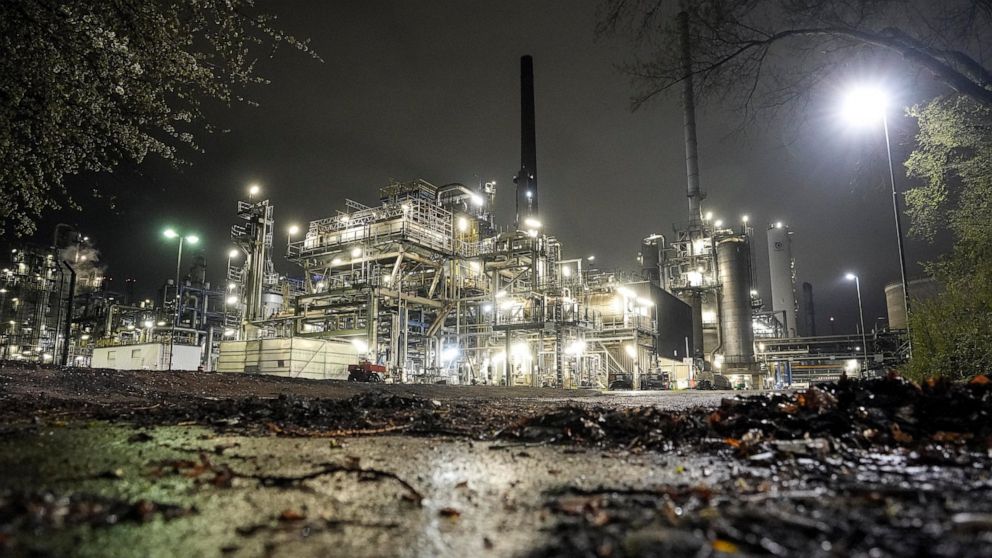 German bosses and unions together oppose boycott of Russian gas

BERLIN — German employers and unions have united to oppose an immediate European Union ban on natural gas imports from Russia following its invasion of Ukraine, saying such a move would lead to factory closures and the loss of jobs in the bloc’s largest economy.

“A rapid gas embargo would lead to production losses, shutdowns, further deindustrialisation and the long-term loss of jobs in Germany,” said Rainer Dulger, chairman of the BDA employers’ association, and Reiner Hoffmann, chairman of the DGB trade union confederation, in a joint statement published on Monday on the German news agency dpa.

It won’t be easy to do. The 27 EU countries get about 40% of their natural gas from Russia and about 25% of their oil. Energy analysts say natural gas would be the most difficult to live without, as most of it comes from Russia by pipeline and supplies of liquefied gas, which can be ordered by ship, are limited in a climate of strong global demand.

Germany, a major manufacturing hub and importer of Russian gas, has so far resisted an immediate shutdown and said it plans instead to phase out Russian oil by the end of the year. and most Russian gas imports by mid-2024. The EU executive board has set out measures to cut Russian gas consumption by two thirds by the end of the year by using more pipelines from Norway and Azerbaijan, importing more liquefied gas, accelerating the deployment of wind and solar projects and stepping up conservation efforts.

German Vice-Chancellor Robert Habeck said in an interview with the Funke media group that “an immediate gas embargo would endanger social peace in Germany”.

Despite widespread economic sanctions against Russian banks and individuals, the EU continues to send around $850 million a day to Russia for oil and gas, even as EU governments condemn the war in Ukraine. Gas-intensive businesses include producers of glass, metals, ceramics and chemicals. Industry officials say natural gas would be difficult or impossible to replace in the short term.

Analysts say Russian crude oil would be easier to replace than gas, but a boycott would still lead to higher energy prices that would hit consumers already facing record inflation of 7.5% in the EU. EU.

Follow all AP stories about the war in Ukraine at https://apnews.com/hub/russia-ukraine.