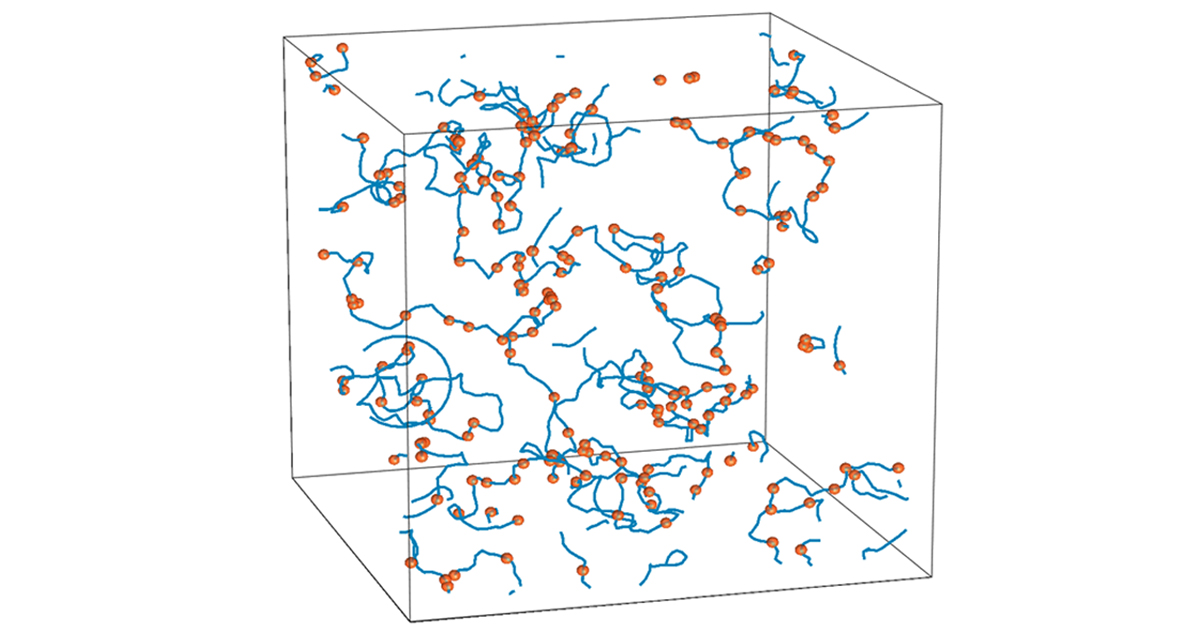 An international team of scientists including researchers from Florida State University has developed a model that predicts the propagation of vortices in so-called superfluids, work that provides new insights into the physics that governs turbulence in quantum fluid systems. such as superfluid neutron stars.

In a paper published in Physical Review Letters, the researchers created a model that describes the propagation and speed of tornado-shaped vortex tubes in superfluids. Vortex tubes are a key ingredient in turbulence, which is widely studied in classical physics. The movement of vortex tubes is relevant in a wide range of scenarios, such as hurricane formation, airborne transmission of viruses, and chemical mixing in star formation. But it is poorly understood in quantum fluids.

This work expands on a previous study that reported experimental results obtained in superfluid helium-4 in a narrow temperature range. Superfluids are liquids that can flow without resistance, and therefore without loss of kinetic energy. When agitated, they form whirlpools that spin endlessly.

“By validating this model and showing that it describes the motion of vortices in a wide range of temperatures, we confirm a universal rule for this phenomenon,” said Wei Guo, associate professor of mechanical engineering at FAMU-FSU College of Engineering. . . “This discovery may aid in the development of advanced theoretical models of quantum fluid turbulence.”

In the previous study, Guo and his team traced the vortex tubes that appeared in superfluid helium-4, a quantum fluid that exists at extremely low temperatures. In this research, the team used tiny particles captured in the eddies to track their movement. They found that the vortices propagate much faster than you would expect based on the seemingly random motion of the tubes. This rapid propagation is known as superdiffusion.

In the latest work, the researchers built a numerical model and used the results of their previous study to validate the accuracy of the model by replicating experimental results. This allowed them to predict how vortex tubes could form and propagate in superfluids over a wider temperature range. The simulation also produced unequivocal evidence supporting the physical mechanism the authors proposed to explain the observed vortex superdiffusion.

Researchers aim to understand turbulence in quantum fluids for basic research benefits as well as possible use in practical applications, such as nanowire fabrication. The vortex tubes attract the particles which cluster together in incredibly fine lines. Controlling this process allows for the manufacture of so-called nanowires, which have a thickness measured in nanometers.

“The dispersion of particles in turbulent flow is a very active topic in the field of classical turbulence, but it has received less attention in the quantum fluid community,” said Yuan Tang, co-lead author and postdoctoral researcher at the National High Magnetic Field Laboratory. “Our work could stimulate more future research on particle scattering in quantum fluids.”

Co-authors of the paper include Satoshi Yui and Makoto Tsubota from Osaka Metropolitan University, Japan, and Hiromichi Kobayashi from Keio University, Japan. This article was selected by Physical Review Letters as an Editor’s Suggestion, a designation for particularly important, interesting, and well-written articles.