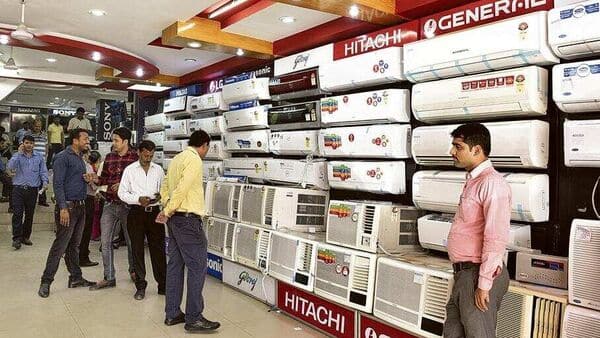 “To further incentivize local manufacturers, there should be a differential duty of 5% between parts and finished goods. This will provide much-needed incentive to manufacturers and help build a manufacturing base in India,” he said. said CEAMA President Eric Braganza.

He also requested a roadmap of the fee structure for the LED industry for the next five years for proper investment planning and policy interventions.

“A weighted deduction of two hundred percent for R&D (research and development) expenditure is essential to maintain the technological progress of the Indian manufacturer. In addition, incentives can be granted for specific R&D and localization projects in the field of electronics under the PLI program,” he said.

The industry also expects the government to lower the GST on air conditioners to an 18% tax bracket and also a similar reduction for television (screen size larger than 105cm), Braganza added.

In addition, some manufacturers also expect the government to lower the GST slab for energy-efficient products to 12%, a move that will not only help drive demand but also increase device adoption. sustainable – in line with India’s climate pledge. goals.

The budget session is due to start on January 31 and Finance Minister Nirmala Sitharaman will present the annual budget on February 1.

“We expect this budget to streamline the GST for these products. Air conditioners are still in the highest tax bracket of 28%, which should be reduced to 18%.

“Appliances continue to languish when it comes to penetration levels, and lower tax slabs will help correct that. Increased penetration and volume will help boost manufacturing in these sectors as well,” he added.

“Audio technology is an emerging segment and with new players making inroads into the industry, the demand and opportunities to meet it are at an all-time high. We expect certain price barriers on audio to encourage the domestic manufacturing,” Sharma said.

Likewise, TV screens above 105cm are considered to be in the premium category and have become the most sought-after model currently.

“We expect the government to reduce the GST on LED screens (above 105cm) to 18% from the current 28%, to strengthen our efforts to make high-end technology products accessible to potential customers, who refrain from upgrading due to higher cost of adoption,” he added.

SPPL CEO Avneet Singh Marwah said, “We have seen a 10x growth in ocean freight in the recent past. Along with this, lead times have also doubled. There is a large union in this sector which is causing this delay. causing a huge loss to the economy as these delays are also handled at Indian seaports.”

BSH Home Appliances, which manufactures and sells under the Bosch and Siemens brands in India, has urged the government to consider reducing import duties.

“We are also calling on the government to consider reducing import duties as high duty rates impact the growth potential of the consumer durables category, especially in emerging segments like dishwashers. “, said Neeraj Bahl, Managing Director and CEO of BSH Home Appliances.

Sumit Joshi, Managing Director and CEO of Signify for South Asia, said: “To help the country reach its goal of becoming carbon neutral by 2070, the government should support companies that offer sustainable technologies such as than LED lighting and 3D printed fixtures, providing special tax benefits.”

This story was published from a news feed with no text edits.

* Thank you for subscribing to our newsletter.