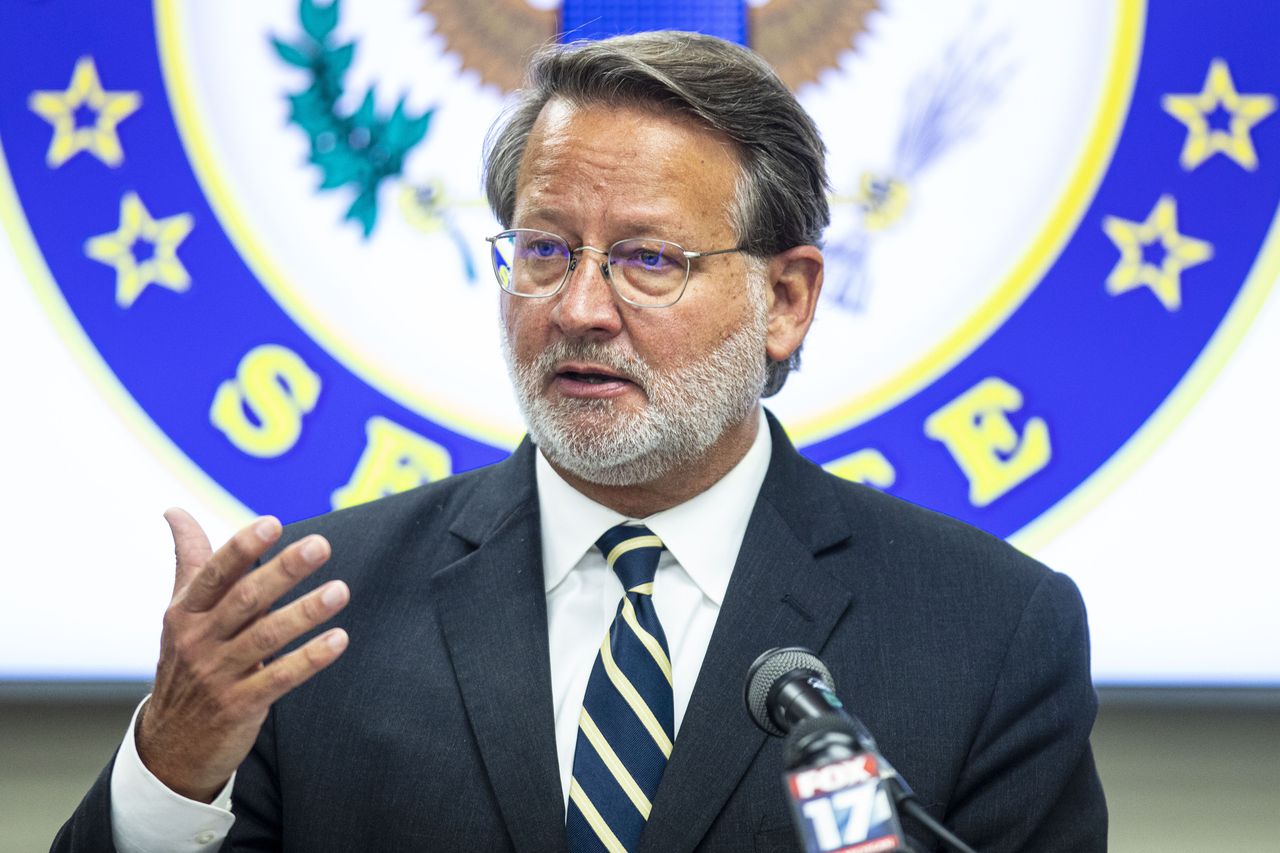 US Senator Gary Peters brought the national conversation around US semiconductor production back to Michigan during a field hearing in Detroit.

Peters, who chairs the commerce subcommittee on surface transportation, shipping, freight and ports, led the hearing on automotive innovation among the state’s labor, economic and technology leaders.

As Peters spoke of innovations in electrification, autonomous vehicles, and improved vehicle safety, the relocation of semiconductor production was paramount.

“Our supply chains are efficient, but they’re not resilient,” Peters said. “When something goes wrong, the problems pile up very quickly. Depriving Americans of the things they rely on, which also contributes to rising inflation. And that’s largely because we’re too dependent on overseas production.

The vast majority of global chip production is in East Asia. In 1990, the United States held 37% of the world’s chip manufacturing share. Today, that number is down to 12%, according to the 2021 report from the Semiconductor Industry Association (SIA).

The shortage of semiconductor chips has brought Michigan’s auto industry to a standstill, leaving General Motors, Ford and Stellantis factories idling and incomplete cars stranded in the field. In Michigan alone, the number of sunk vehicles is approaching 300,000.

Bringing an automaker’s perspective, Steve Dawes, director of UAW Region1D, told the committee that the General Motors workers he worked with in Flint took tremendous pride in making cars for the world and that the suspension of production due to lack of parts had a “devastating effect” on workers. .

Last month, the House of Representatives passed CHIPS Act investments totaling $52 billion under the America COMPETES Act. The Senate passed the same level of funding for the CHIPS Act as part of its version of the Competitiveness Legislation in 2021. There are differences between the two bills that have yet to be discussed and ironed out between the two legislative bodies. .

Biden referenced the bills in his State of the Union address and addressed Congress directly, saying, “Send it to my office. I will sign it.

Intel has announced plans for a “megafab” semiconductor factory just outside of Columbus, Ohio. The $100 billion investment already has built-in expansion plans, but the speed of the investment depends on government subsidies. Peters introduced an additional bill in the Senate that incentivizes boosting domestic semiconductor manufacturing.

Related: Hidden in the cornfields, Michigan has its own little Silicon Valley

Peters asked Dawes what the CHIPS investment means for workers on the line as the industry transforms and transforms into something new. Dawes said it gives workers a renewed sense of confidence that they are trusted to lead America into the next chapter of automotive history.

Dawes said the government’s role must be to educate and bring in autoworkers so they can embrace their changing role.

“[The investment says] “We are counting on you, America. We count on the men and women of this proud and great country. We’re ready to show you and give you the tools for your toolbox,” Dawes said.

Included in the subcommittee audience was Jay Rathert, senior director of strategic partnerships at KLA Corporation. The Silicon Valley-based semiconductor company has chosen Ann Arbor as the location for its second headquarters and new research and development center.

Mr. Rathert said the company chose Michigan because of its international access, cost savings and talent pool from the University of Michigan.

“As we searched, the Michiganders had a ‘can do and how can we help’ attitude and we didn’t come across that everywhere,” he said.

The new KLA site has hired 400 employees with 200 positions available. The company has invested $195 million so far in a bid to continue growing, Mr said. He mentioned other emerging tech hubs like Austin and Portland saying tech tends to “cluster” and that when chip companies land in one city or state, others follow.

“I think when the secret comes out, maybe other like-minded tech companies will join us,” he said.

Related: Michigan tech firms are ‘pushing off talent competition’ from the West Coast

As Michigan’s presence as a technology force emerges, the talent pool must deepen, said Glenn Stevens, executive director of MICHauto and vice president of automotive and mobility initiatives for the Detroit Regional Chamber.

Michiganders need to be made aware of increasing digital skills so they can both compete and innovate within the auto industry, he said.

“It’s going to be on us to prepare our K-12 youth to get the level of education and get the right skills alignment for industry demand,” Stevens said. “Whether in a laboratory to manufacture a semiconductor factory or a charging network plan or a traditional automotive factory.”

Instead of waiting for Michigan’s population to age in the industry, Stevens pushed for legislation that would more immediately welcome international aid. The Fairness for Highly Skilled Immigrants Act would lift the current per-country cap on work visas.

The number of H-1B visas issued each year is capped at 65,000, with an additional 20,000 for those with advanced degrees from US universities.

That means America’s one million international students are competing for 65,000 jobs in addition to highly skilled workers looking to immigrate. The number of visa applications for 2022 already reached the ceiling at the end of February.

Michigan’s automotive industry employs over 1.1 million people directly and indirectly in the state and contributes over $300 billion to the state’s economy. Stevens went on to say that if Michigan is to remain globally competitive and a national leader, it must prioritize both semiconductor production and the talent behind it.

“Policymakers would therefore be wise not to let the successive history of the US auto industry lull us into the false sense that we will carry on and be successful in the future,” Stevens said. “We need our leaders, from Capitol Hill to the C-suite of the Union, all coming together, championing and enacting this kind of future-oriented legislation.”