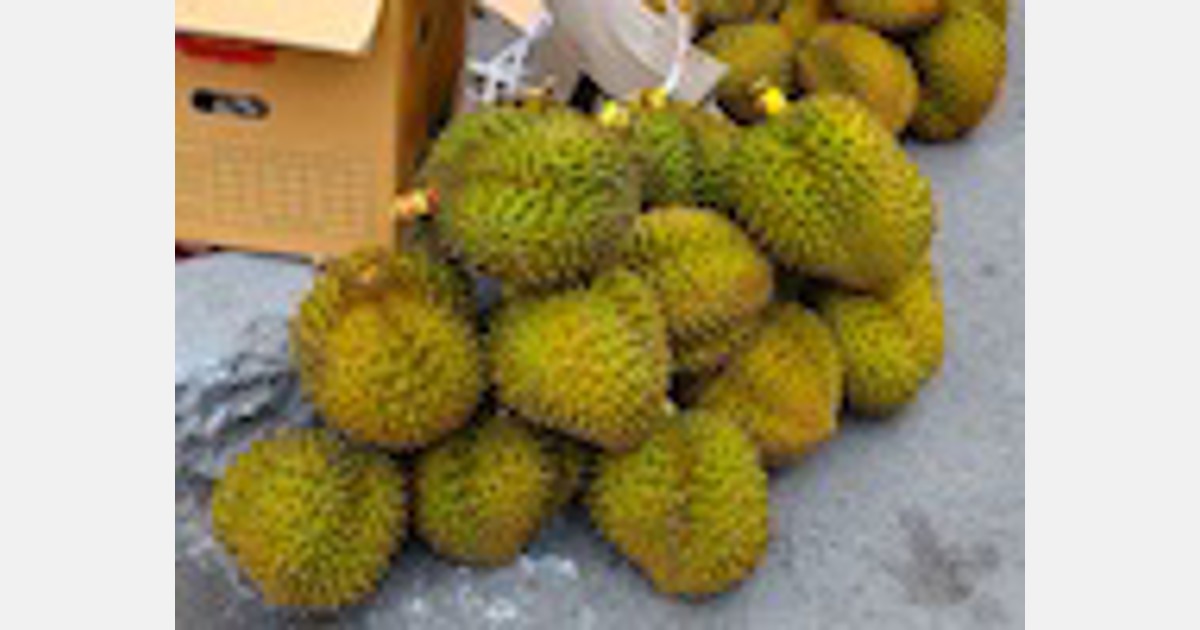 The value and volume of durian imports ranked first. Considering there was a lockdown in Dongxing, fangchengGuangxi province, at the end of last year, due to an epidemic of COVID-19, the inspection on trucks at the the border was stricter and many of them could not enter. Otherwise, the import would certainly have been more.

Most imported durians came from Thailand, especially Monthong durian. It is golden yellow and looks like a golden pillow. Generally, imported durians could enter China in two ways. One was to ship to Dongxing Customs and then distribute to all parts of the country. The other was to ship to Vietnam first, then enter through Pingxiang, Guangxi Province, and send them all over the country. Guangxi is the largest distribution center after Thai durians have entered China. Some durians were transported directly to the eastern coastal provinces by ship because these fruits can be stored for a long time.

There were also imports of durians from other regions. Malaysian Musang King is the best variety of durian, and its quality is perfect. There were also durians imported from Cambodia, Vietnam and other countries, but there was a big gap in volumes compared to Thailand. the import route for fruit from these countries was almost the same as the two mentioned above.

It is very difficult to increase the yield of durian because it requires quite a long growth time that usually takes about eight years to bear fruit. For countries with difficult economic conditions, it is not easy to wait that long without harvesting. Durian is a tropical fruit, and the range growing regions is limited. the climate in mMost parts of China are not suitable for growing the fruit, and it is just difficult. All of this has led to the high price of durian in China, and it even exceeds the price of cherries shipped thousands of miles from Chile.