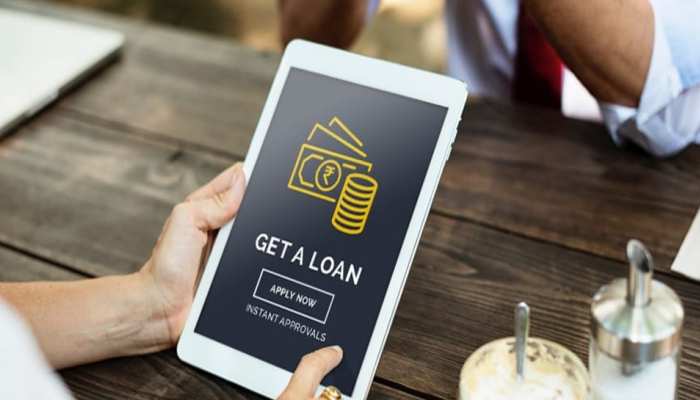 Since 2018, Indian authorities have arrested more than 10 Chinese associated with the PLA army.

Worryingly, all of these men ran online loan companies through web applications in India. They pretended to be people of northeastern origin. They even had the Aadhar, PAN cards in their Indian identity. And they ran legal companies in India, registered under Indian company law.

During the unfortunate period of the COVID-19 lockdown, many people in India turned to easy online loan application to weather the crisis because of their own weak financial resources. Getting a loan from an online application was easier than going online or offline. People did not even think for a moment about the credibility of the loan company from which they took their money. It wasn’t until the moneylenders started coming back for their money, charging high late-payment interest, and resorting to constant harassment that people realized the hell they chose to go on.

People caught and questioned by the Directorate of Enforcement and other investigating bodies over the past four years cast a dark shadow over the genuine Chinese loan application scam. Arrests in the past four years have exposed a fraud worth more than 1,000 crore rupees, but many in ED and other investigative bodies believe the fraud may be more than 10,000 crore. More will come to light as the investigations progress.

Earlier this year, a woman complained to the IFSO facility of the Special Cell in New Delhi, alleging that she had been abused and threatened by unknown people who sent her altered and vulgar photos to her family, friends and relatives via social media. media.

The applicant took out a loan from one loan application, namely Cash Advance (Danakredit), which it repaid on time. But after paying back the aforementioned amount, she started receiving threat calls and messages on WhatsApp from Cash Advance employees. The applicant further noted that the alleged fraudsters had used a profile picture of a “senior police officer”.

In the course of the investigation, the money was found on the alleged transactions and it was found that the money was being transferred to a checking account that was opened on behalf of Balaji Technology. It was further stated that the name of the Balaji technology was used in a motorcycle repair shop. The owner of the account was found in the name of Rohit Kumar, a resident of Rajeev Nagar in Delhi. It also found that about 8.45 crore rupees in the alleged account was credited in just 15 days, and the same was transferred to other accounts simultaneously.

During the hearing of all the accused it was established that if a needed person wanted to take out a loan through online applications, they had to download the application first. At the time of download, the app asks for interception consent, contact list, photo gallery, and other personal information about the loan applicant’s phone.

The investigative police then informed GoaChronicle that the criminal case had been registered for CCPS Cr no 08/2021 u / s 66 (D) IT Act and 420 IPC. During the investigation it was established that Anas Ahmed, a businessman from Kerala, is the main person involved in the hawala and money laundering. We also found that he has very close links with the Chinese hawala operators that came to light during the investigation. He opened front companies on behalf of Bullfinch Technologies, H&S Ventures and Clifford Ventures to donate money.

Anas Ahmed is married to Chinese national Hu Xiolin and, incidentally, studied in China. Hu Xiolin has a Chinese passport.

Police said the Online Remmy applications he hosted were later camouflaged and turned into various applications such as Power Bank Application, Sun Factory Application, seeking investment from the public, promising good returns. Remarkable growth was recorded in user investment on the day Anas Ahmed announced significantly higher returns. As per his plan, apps from Google Playstore and other sites were removed and he ran away with the money.

During the investigation it was found that his bank accounts had received a total of 290 crore rupees. The Cyber ​​Crime Division managed to freeze a significant portion of the money in the account.
The investigation also noted that there has been a huge increase in the number of case companies opened since November 2020.

In August 2020, Luo Sang was a suspect in a 1000 crore hawala rocket operated by the Directorate of Law Enforcement (ED). He assumed an Indian identity and, as director, ran five companies in India. He controlled most of the companies as a majority shareholder. He claimed to be an Indian citizen from Manipur named Charlie Peng. Sang, as an Indian citizen, Peng presented the Aadhaar card and PAN card as proof of identity when setting up the company.

Sang as Peng daily transfers approximately 3 crore rupees in cash through the hawala network with the help of bank employees at Bandhan Bank and ICICI Bank. He had over 40 bank accounts.

In January 2021, Lou Sang (Charlie Peng) and Carter Lee, another Chinese citizen, were arrested by ED in a money laundering case.

Sang was previously arrested in 2018 by a joint team of central intelligence agencies and a special police cell in Delhi for impersonation and forgery. He married an Indian citizen to speed up obtaining an Indian passport. Investigators said he worked for Chinese intelligence agencies and was involved in hawala transaction activities through a currency exchange company, but in 2019 a Delhi court granted him bail.

Sang reportedly confessed to various narratives at the time, including being a Tibetan escaping Chinese persecution, a criminal forced to be spied by the Chinese government, and a PLA soldier. “He was a hard nut to crack. As a trained spy, he confused his interrogators. He has changed his Chinese history several times to trick us, ”said a GoaChronicle official who questioned him in 2018.

Sang told interrogators that his mission was to enter the inner circle of the Dalai Lama as well as assist Chinese embassy officials in transferring money and arranging logistics.

In 2020, the Cyber ​​Cell Special of the Central Crime Division (CCB) captured three people who were indulging in lending and collecting huge amounts of money in the name of interest, compound interest and brokerage fees on behalf of Chinese-owned companies.

When the CCB Cyber ​​Crime cell launched raids on the company – Ace Pearl Services Pvt., Ltd in Koramangala Extension in the city. To their surprise, four other companies were discovered that also operated there, all of which provided loans online and charged interest, compound interest and fees. If borrowers do not return the requested money, they face dire consequences.

Yah Hao, a Chinese citizen, Dheeraj Sarka, Ankit Kapoor and Neeraj Tuli were directors of Dookypay, an e-wallet company based in Delhi. The quartet helped transfer money from people participating in online gambling to its parent company, T Power Company, headquartered in Beijing.

In another incident last year, Pawan Kumar Pandey, accused of running a clandestine company that is supposed to transfer the defrauded money to his alleged “traffickers in China,” was arrested from Noida in Gautam Buddh Nagar District, Uttar Pradesh, last year. 19 laptops, 592 SIM cards, 5 mobile phones, 4 ATM cards and one passport were also recovered from him.

“Considers said one of their friends told them about a mobile app in the Google Play Store called Power Bank, which doubled its return on investment within 15 days.” Believing him, they downloaded the app and deposited it 91 200 i 73,000 ”, Uttarakhand police revealed.

The poll was initiated by a special task force that determined that the mobile application in question was available on the Google Play Store from February 2021 to May 12, 2021, during which it was downloaded by at least 50,000 people. It also found that the money deposited via the app was then transferred to the bank accounts of the arrested accused via payment gateways. After conducting a forensic probe in cyberspace, it was discovered that the application is linked to China, where Pandey’s trainers are sitting. They once cashed cryptocurrencies into their local currency to end the money laundering chain that started by defrauding Indians via an app.

Millions of people in India are being scammed by Chinese loan apps. Most Chinese loan application owners are affiliated with the People’s Liberation Army or Chinese intelligence. They lure greedy Indians to be frontiers of their dark projects and lure the needy in their desperation to easy access to funds.

The real devil in the Chinese loan app game is that money laundering takes place in the cryptocurrency world. India still has to keep up with the new technologies used by criminals.