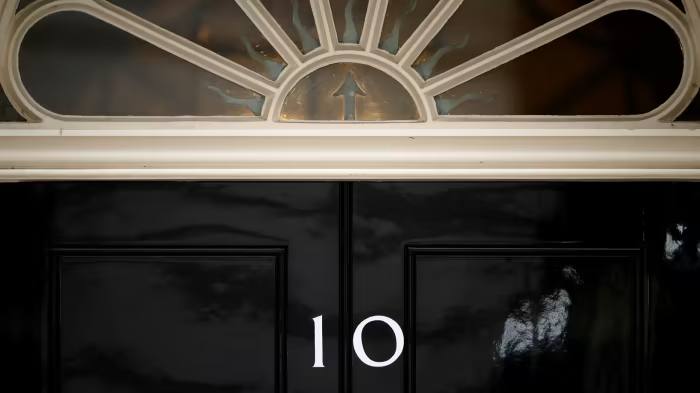 Hello and welcome to the working week,

In an important election year, the UK is holding the most important election this week, but it is only open to a few hundred backbench MPs from Westminster. This is the vote to refresh the Conservative Party’s parliamentary governing body, the 1922 Committee.

The first task for the new group of 18 Conservative backbenchers after Monday’s plebiscite will be to agree the rules for the election of their party’s new leader (i.e. the UK Prime Minister). This should be completed by September. A group of MPs have already thrown their hats into the ring but these could be whittled down to a shortlist of two within days, according to the FT parliamentary team.

The timetable for deciding the new Prime Minister is important and serious, with UK inflation the highest in the G7 and the country’s growth next year (if it increases at all) expected to be the slowest, according to the IMF. There is a critical need for someone competent to guide the country through the interim period before the general public again decides its government through general elections.

Moreover, the British summer of discontent continues. If anything, it’s gaining momentum. Criminal lawyers will be out again on Monday, for reasons explained in this article from a legal insider. Other train issues are on the cards with unions Aslef, representing train drivers, and TSSA, representing more than 6,000 Network Rail workers, voting for strike action. And on Friday, a ballot for industrial action ends for university and college union members in a separate dispute over low pay, unmanageable workloads and professional respect. This could lead to further disruption for students at UK universities and colleges once this long hot summer of unrest is over.

Thanks again for the comments on this newsletter. Please contact me at [email protected] or press reply to this email.

It’s a busy week for major economic data announcements, including inflation figures for the US, UK, France and Germany – perhaps indicating whether the rising cost of life is approaching a peak – along with GDP data from China and the UK.

The Federal Reserve releases its latest Beige Book on the current state of the US economy and the New Zealand and South Korean central bank rate-setting committees could raise their respective rates by 50 basis points. Also, Croatia is accepted as the last member of the Eurozone group.

US banks will kick off US earnings season this week, with bumper results expected thanks to the Fed’s series of interest rate hikes. Analysts expect JPMorgan Chase, Bank of America and Citigroup to see the growth in net interest income, the difference between what banks pay depositors and what they earn on loans and other assets.

The big fear is the recession. Banks are usually the hardest hit stocks during downturns. When trouble looms, pressure mounts to increase capital reserves in case existing loans go bad.

Here’s a more comprehensive list of what to expect in terms of corporate reports and economic data this week.

Finally, here’s a look at some of the other events and milestones from this week.

Newsletters recommended for you

The road to healing — The impact of Covid on the global economy, markets and businesses. register here